Kedakai Turner is the wife of veteran TV host, actor and writer-James Lipton -best known for his interview show, Inside the Actors Studio.

Kedakai’s husband was a longtime TV figure who was best known for interviewing the hottest celebrities on his show, Inside the Actors Studio. Lipton, a native of Michigan is said to have died today at age 93. He had been battling bladder cancer.

Born in Detroit on September 19, 1926, Lipton enlisted in the Air Force during World War II and then moved to New York with hopes of becoming a lawyer. He would later go on to study movie/TV production and directing at New York University and The New School.

In addition to his career in and around television and film, Lipton served as the Dean Emeritus of the Actors Studio Drama School at Pace University in NYC for several years.
He created and started the show in 1994 and retired in 2018 after 22 seasons. He served as host, executive producer and writer of the iconic talk show for nearly 25-years.
Lipton is survived by his wife of several decades, Kedakai Turner who was actually his second wife. He was first married to Nina Foch. 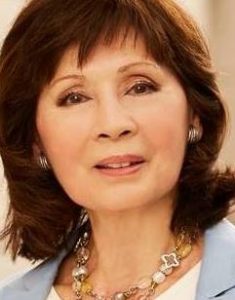 Kedakai Turner is known as a former model and real estate broker. She was also her husband’s biggest fan as she could also be found in the audience during his shows. She occasionally was a guest on his show as well.

According to her social media, Kedakai Turner who can be found as Kedakai Lipton -is a New York native who attended High School of the Blessed Sacrament. She studied Environmental Architectural Design; at BFA Parsons School of Design and is listed as a Licensed Associate Real Estate Broker at The Corcoran Group.
As a model, Kedakai went onto appear on the Clue board game cover. Kedakai Turner was the inspiration behind Miss Scarlett in older versions of Parker Brothers game Clue.
After her nuptials, she worked with her husband in a number of projects, including serving as the illustrator for his book ‘An Exaltation of Larks’ -which was published in 1993.

She and Lipton had been married since 1970. At the time of their nuptials they had only dated for about nine months. The two had met at the ballet. Lipton had always the nicest words for his wife, back in 2013 he stated his greatest achievement was marrying Kedakai Turner and when asked the secret to a long marriage he replied; ‘Because Kedakai is a masterpiece’
The longtime marriage did not have any children together.