Jacklyn Collier is the actress and writer who went on a date with infamous Martin Shkreli. Collier wrote an article about her dating experience with Shkreli and is now gaining media attention.

Jacklyn Collier told she went on a Tinder date with the former CEO of Turing Pharmaceuticals. The man who –famously raised the price of Aids drug from $13.50 to $750 per tablet –and Jacklyn Collier went out last September but according to the 30-year-old actress, she wasn’t impress at all.

On her article for the Washington Post she said: ‘Martin was a lot smaller than I thought he would be, and seemed really nervous.’
She also revealed Shkreli, ordered a $120 cup of tea. Though Jacklyn Collier got a different insight of ‘the most hated man on the internet’ she said she wouldn’t be up for round two.

Jacklyn Collier lives in Astoria, Queens. Jacklyn Collier can currently be seen on stage in Gulfshore Playhouse’s production of Vanya and Sonia and Masha and Spike as Nina.

Jacklyn teaches at TVI Actors Studio and has been in many productions including the Off-Broadway production of “I hope They Serve Beer on Broadway.” She is also passionate about new works and has done staged readings of new plays for PlayLab NYC, Variations Theatre Group, and Ensemble Studio Theatre.

She grew up in Mt. Carmel in Pennsylvania. Growing up she always dreamt of moving to the big city. She moved to Big Apple a few years ago and acted in plays, indie films, and a few TV shows. 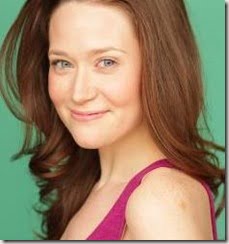 According to her teacher bio, Jacklyn Collier is a member of AEA and currently studies at the Wynn Handman Studio. She has her MFA in Acting from the University of Houston and a BA in Theatre from Susquehanna University. She’s performed at Columbia Stages, Ellis Island, The Secret Theatre, the 45th Street Theatre, Lincoln Amphitheatre, National Theatre for Children, Lexington Children’s Theatre, and PlayLab NYC. She has taught acting classes at the University of Houston and Lexington Children’s Theatre.

In 2013 she booked a starring role on Celebrity Ghost Stories –an American reality-documentary television series on The Biography Channel.

According to her IMDb page, Jacklyn Collier is an actress and producer, better known for the webseries, This Is My Roommate (2015).