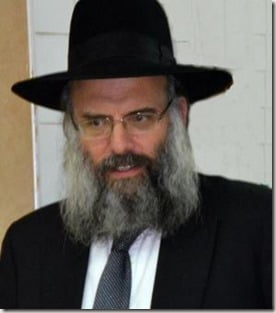 Rabbi Moshe Twersky was among the four victims during today’s ****** rampage at a Jerusalem synagogue. Twersky was one of three U.S.-Israeli citizens killed, other two have been identified as Arye Kupinsky and Kalmen Levin. The fourth Rabbi who was also brutally killed, was a British citizen.

Like any other day, the rabbis and attendees were performing the morning rituals when Palestinian terrorists stormed the synagogue with meat cleavers and a gun, reports say. The FBI will take part in the investigations due to the nature of their citizenship. 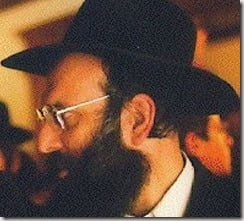 59-year-old Twersky was the dean of Torat Moshe yeshiva in Jerusalem. He was a prominent American Jewish leader, who carried the legacy of his family. He was the son of Rabbi Isadore Twersky, a Boston rabbi and a professor at Harvard University, who founded Harvard’s Center for Jewish Studies and served as its director from 1978 until 1993. His grandfather was Joseph B. Soloveitchik, who ordained more than 2,000 rabbis, more than any other American seminary teacher.

His death and the death of the other rabbis, lays in the hand of two terrorists identified as Ghassan and Oday Abu Jamal; before they were gunned down by security they took the life of the four leaders and at least eight worshipers. The assailants were in their 20’s and were cousins.

They burst in, the synagogue located in western Jerusalem’s Har Nof neighborhood, where Twersky resided.

As the dean, Twersky was in charge of the advanced level English-speaking yeshiva attended mostly by post-high school students from English-speaking countries. Sometimes called by his students as “ToMo.”
As a well known figure in the Haredi Anglo-Saxon community in Jerusalem, his lessons were attended by many.

He is survived by his wife Miriam and five children. His father-in-law Abba Berman, was the yeshiva’s founder. Yeshivas Toras Moshe wrote a statement on their page saying:

It is with great pain and sorrow that we inform you of the murder of HaRav Hagaon Rav Moshe Twersky hyd in today’s terrorist attack in Har Nof. The levayah will take place at 2:00 in the Yeshiva’s Beis Medrash.

According to recent reports, his funeral, will end at the Givat Shaul Cemetery, it has been flooded by mourners.