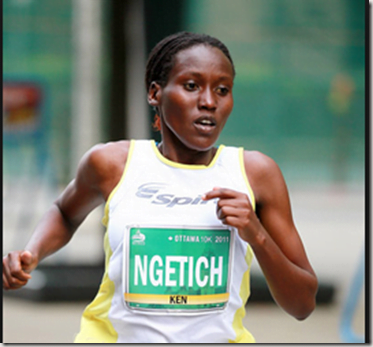 Hyvon Ngetich will surely go to the books for her determination! It is any runner’s worst nightmare, 29-year-old Hyvon was leading the race and with the finish line in sight she thought she had it until she fell to the ground and was surpassed by her fellow runners.

However, a determined athlete continued her way to the finish line on her hands and knees with her forehead rubbing the pavement. 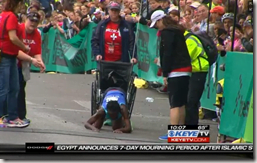 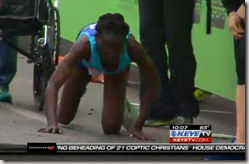 She made several stops and the crowd began to cheer her as she struggled to finish the race. A wheelchair and medical staff kept close but she eventually crossed the line, still in on her hand and knees! 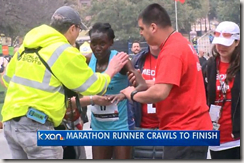 Once recovered she told media reporters: “For the last two kilometers, I don’t remember, “Finish line, I have no idea.” 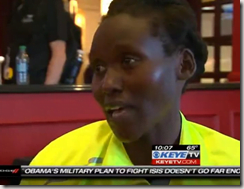 According to the NY Daily News, Hyvon’s act of endurance and persistence moved not only the crowds but also the race director who promised to give her the same amount of money given to the second place finisher.