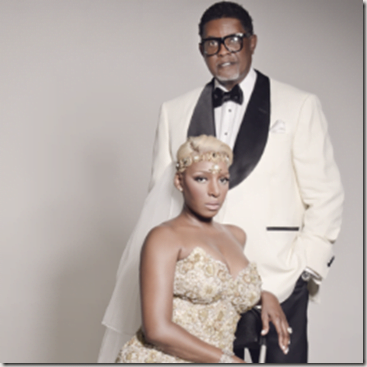 Out of the Real Housewives of Atlanta we got to know/love/hate it depends, 46-year-old Nene Leakes. Before fame came knocking on her door, she worked as a stripper but now the TV personality, actress, Author, Host, Producer & Clothing Designer can say she has done it all! Even getting married twice to the same man. Let’s find out more about the man of the “tell-it-like-it-is” attitude gal, Nene. 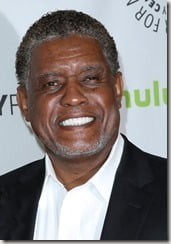 Gregg Leakes hit big! He is worth about 3.5 million according to celebritynetworth.com. Leakes acquired that net worth thanks to more than twenty years experience investing in the real estate market of Atlanta, Georgia. Gregg who has written player all over his face, has several children with other women, although there is no exact number on how many children he has fathered from previous relationships. The 59-year-old was born and raised in Atlanta. The self-taught businessman is also described as the show’s “voice of reason.”

The real estate investor and consultant owns many real estate properties in the United States. He has gained TV notoriety for his link to the outspoken Nene. The couple who has been married for 17-years (without counting their brief separation) have one son together. Brentt who was born on February 22, 1999.

Nene was a stripper when she met Gregg in 1996, they tied the knot the following year. 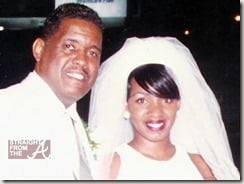 They were strong until 2010 when she filed for divorce, making their separation final in 2011. Gregg’s woman reveled her divorce made her realize they belong together.  After a romantic reunion the couple decided not only to get back together but also to get married again. And so, Gregg remarried her on June 22, 2013. They had a lovely and Nene style wedding at the InterContinental Buckhead Hotel in Atlanta.

The rekindled couple is joining forces on what they do best, talk business. It was reported earlier this month, Gregg along with wifey were appointed new personal shoppers for KMart and Sears.

On her Facebook we can even find more adjectives to Nenen; Mother, Author, Philanthropist, Restaurateur,Actress, Loyal Friend and perhaps DWTS contestant?

For Gregg’s wife, the sky is the limit, we cant wait to see her.