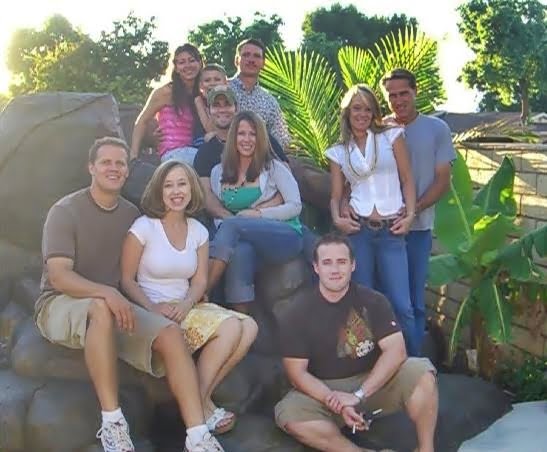 Have you been following Jodie Arias’ taking the stand on what it could end on her getting the death penalty??? Well let me refresh your memory, her trial began on February 2, 2013 with her changing several times her story until on February 6 she finally testified she killed in self defense her ex-Travis Alexander, a triumph for the Travis’ family? Or the perfect alibi for Jodie?

Alexander’s memory has been represented by his family, he had three brothers and four sisters, brothers Greg, Gary and Steven Alexander have been day in and day out in court room witnessing Jodie’s side of events.

“It makes me sick because I know her true side,” he told ABC News. “And I ask people to please not buy into this sweet innocent personality that she puts on.”

And you can read “Team Travis” on his Facebook cover.

Steven’s hometown is Rubidoux California he also attended Rubidoux High where he graduated from in 2004. He then went to college at Penn Foster and got a bachelor of applied science in criminal justice. What are the odds huh! Dennis Gregory Alexander 41-year-old, born June 01, 1971 has had some encounters with the law himself when in March 2002 lied about his identity saying he was actually Travis Alexander, he received 3 years probation for that.

Dennis currently resides in California, he attended Nueva Vista High school in Riverside California and works at Independent Consultant with Princess House Productions. We can see for the pictures he is a family man now and recently got married to Renee Alexander. Brother Gary Alexander is in a relationship with Connie as we can see on their Facebook profile. They are all hoping for justice on Travis’s case! Travis’ best friend Chris Hughes has followed the trial from home but he has very strong feeling related to the memory of his friend saying:

The family is not interested about commenting on his brother’s *** life and the devious image Arias has tried to paint in the eyes of the jury; Hughes said;

stupefied by her…they are devastated by the lies and her assault on his character and all her unsubstantiated stories,” he said. “It’s just the lies..to hear her kill him over and over and over again.”

This family is surely sticking together and are not going anywhere until they see the end of Jodi Arias, it sure has been emotionally draining for them but unfortunately it has taken a financial tool as well, trying not to miss a moment on that court room.

They have tapped out their savings, are living on credit cards and one family member lost out on a job promotion because of the time spent at the trial

Can you imagine how hard it must be for them after all this time since their brother was killed back in 2008 and not to be there, not to make that last effort for the memory of their own blood or even worse to relive that awful picture on how Travis was killed and now having to put up with Jodie’s lack of memory and lack of mental activity at this point!

It sure must be unreal having to hear all this stories about their brother seeing Jodi every day and seeing she doesn’t show any remorse on such a horrific event and her bizarre behavior!

Luckily for them Travis’ friend created www.TravisAlexanderFund.com to give them a hand as the trial goes on..they are on day 35 today! One family member even lost a job because of the time spent at court.

He said they never asked for help and were surprised by the help. He said the support has been inspiring with complete strangers donating. “There’s a lot of people who never met Travis that love him,” Hughes said.