Grant Kemp is one of the guys fighting to get a chance at love in the new season of The Bachelorette, starring gorgeous, Joelle “Jojo” Fletcher.

It might be too early to tell, but every season there is always the guy that earns the evil crown and the hate from fans, and rumor says, Grant Kemp could be that guy in this season 12!

There are several sites that say, the **** dark chocolate skin, Grant not only left a former girlfriend to be on the show but if the story is true, Grant is guilty of the ultimate betrayal!

So far, the alleged ex-girlfriend isn’t talking but a friend close to her is! The guy is saying Grant Kemp left this girl heartbroken and didn’t even gave a real explanation as to why they had to split.

Not enough with the sudden break up, the source also reveals, Grant met The Bachelorette producers through his girlfriend, meaning he went behind her back to get on the show, and it worked for him! 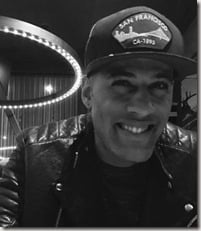 Other sources also doubt Grant Kemp is in the show for the right reasons. If you check him out on his Instagram, he makes sure to reveal that he is a model. He even has a link to his modeling agency on his profile.

According to his ABC bio, Grant Kemp is also a firefighter. The 27-year-old 6’2” fella has several tattoos, one of them according to the unverified story about the ex-girlfriend, is dedicated to her.

Could the San Francisco, CA, native be ready to jump into another relationship right away? 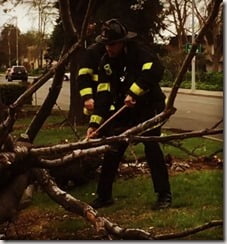 Kemp’s LinkedIn page says that he attended the El Camino Fire Academy at El Camino College in California, where he got an associate’s degree in fire technology. He also has gone to paramedic school and pursued further education on fire technology and Para medicine.

The buff and good-looking guy began working as a wildland firefighter for the United States Forest Service in March 2009, and he worked as an emergency medical technician and ambulance operator over the years as well. This Bachelorette contestant shifted back over to firefighting in January 2013 and has been a firefighter-paramedic with the Hayward fire department since March 2014. 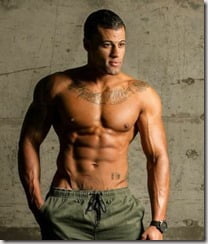 Pin
When Grant Kemp isn’t putting down fires, he is lightning one with his looks while modeling. Kemp also has a profile up on Model Mayhem and with the Look Modeling Agency.

Though Kemp reveals his greatest achievement is “saving a life” –and nobody can argue with that –he also shows is bad boy side when he reveals his most embarrassing moment as, “being slapped in the face by an ex at a bar” or when he talks about the most outrageous thing he’s ever done: “Evaded police in Mexico on an ATV.”