Gerry Howell is the boyfriend of English actress and comedian, Gemma Whelan. The 36-year-old is known for playing Yara Greyjoy in the HBO fantasy-drama series Game of Thrones.

Gerry’s famous girlfriend was born Gemma Elizabeth Whelan on April 23, 1981. The British actress studied musical theatre and dancing. As a trained dancer in jazz and tap she is a member of London-based dance troupe the Beaux Belles.

The Leeds, England native landed her Game of Thrones role in 2011 and played the hardened daughter of Lord Reaper of Pyke since. We’ve seen her character become the leader of the Iron Islands after the death of her father.

Aside from the smash hit of Game of Thrones, Gemma also turned heads for her gripping portrayal of Karen Matthews in hit TV drama The Moorside.

Gemma’s portrayal of Karen Matthews was universally praised and her transformation into the character was so immersive, that fans were left stunned when they found out who it was.

She recently appeared in Decline and Fall, a star-studded BBC adaptation of Evelyn Waugh’s satire. Last year she played the role of Veronica in the BBC3 sitcom Uncle, as well as Morgana Robinson’s The Agency.

Whelan has proven to be a versatile artist and despite gaining acclaim for her dramatic portrayals, she hasn’t left her roots as a comedian.

In 2010 she won an award for her stand-up shows from the Funny Women Variety Awards. 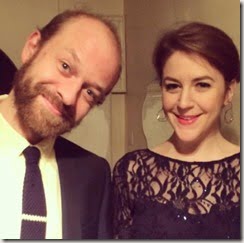 Gemma has been busy for sure, but she still makes time for romance. She has been dating fellow comedian, Gerry Howell for some time now.

Accoridng to his IMDb, Gerard “Gerry” Howell was born on January 15, 1980 in Bromley, Kent, England. He describes himself as “a writer, comedian, and sometimes, an actor.” 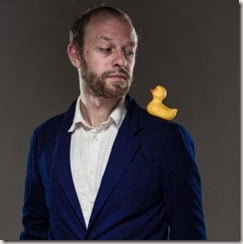 Truth is, Gerry is an award-winning comedian and BBC College of Comedy writer. Gerry who has his own website, has written a number of plays including War and Honey, The Fantastic Reality of Frederick Goodge and most recently Horror Vacui.

His solo comedy shows include Gerry Howell: Glorious Invention and Seriousnessmus. Acting roles include Estragon in Waiting for Godot, Joey in The Homecoming and Bobby Gould in Speed the Plow.

Accoridng to his social media info, he studied at University of Warwick and went to St. Olave’s Grammar School.

He and Emma currently reside in London.

You can check out Gerry Howell on Twitter here.