Garin Flowers is one among the men casted in season 16 of The Bachelorette, originally starring Clare Crawley who has now been replaced by Tayshia Adams.

Garin is a Fort Lauderdale native holds a master’s in journalism from Northwestern University and a bachelor’s in mass communications from the University of South Florida. In addition, he studied abroad in Ghana.
Flowers is a established professionals, the 34-year-old is a journalism professor at USC Annenberg School for Communication and Journalism.
According to the school’s website, Flowers is an Emmy-nominated and AP Award-winning journalist and a broadcast writing coach for students across different platforms at USC Annenberg. 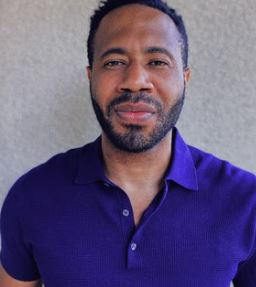 Garin has also had experience working in the entertainment industry as a on-camera host, writer, and content creator. As part of his job, he’s interviewed big Hollywood names such as, Dwayne Johnson, Daniel Craig, Jamie Lee Curtis, Will Smith, Chris Evans and Kevin Hart.
Previously, he worked for almost eight years as a general assignment reporter for CBS, NBC and ABC affiliates throughout Florida. He began his career teaching journalism students at Florida Agricultural and Mechanical University in Tallahassee.

According to his ABC bio, Garin is a “good ol’ Florida boy” who’s extroverted by nature. He “takes great pride in shaping the minds of future television reporters” and is looking for someone who has her own goals while still supporting him in his.

Garin who keeps his social media updated, where he has over 8k followers, is also into Tik Tok and is safe to say he isn’t shy when it comes to sharing funny or embarrassing content. This guy who isn’t a stranger to the camera will definitely keep us entertained.