Quezada was shot to death in a rural area of Ferris in what police called a “disturbance.” Two men were also shot and taken to the hospital, one of them believed to be Evette’s brother.

Evette was not your average student, the pretty brunette was a star athlete, exceling in cross country competitions. According to the school district’s athletic director she was on her way to qualifying for state.

Quezada born January 21 –broke every school record in cross country, you can watch her profile here. On her Instagram page, set to private, she cites a bible reading Hebrews 12:1. 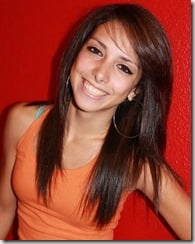 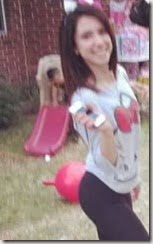 According to her Facebook page, she is the daughter of Sixto and Mary Quezada; brother is Ezequiass Quezada and older sister is Lissette Marie Quezada who is married to David Chavira.

She was described by athletic director “She is the type of person that every parent wants their young daughter to be like,” “Hard working, intelligent, outgoing, polite, puts others feelings before her own, the list goes on.”

Her close friends are clearly devastated by her tragic death, on her Facebook page many have expressed their condolences, some saying

“Waking up this morning and having to face the fact that you are really gone is killing me. Just knowing that I had the opportunity to watch you grow into the beautiful woman you were is just heartbreaking,”

Its crazy to think that you’re gone. I know we didn’t talk much after elementary but so many memories flash through my head. Prayers going out to your family and friends. Rest in peace sweet girl.

R.I.P Fly High You Beautiful Angel♡ God Now Has You In His Glory

The shooting is being investigated and there hasn’t been any arrests, her death remains a mystery so far.