Everett Jack Jr. is the husband of TV personality and interior designer, Faye Resnick. His wife is best known for her link to the O.J. Simpson case and her reality TV appearances.

Faye was born in Northern California and began her career as a young model before starting her own modeling agency in San Francisco.

Faye was always drawn to Europe. She ended up marrying in London to second husband, Fadi Halabi. She gave birth to daughter Francesca Sophia. She owned several homes throughout Europe and the United States and found inspiration in Classic Traditional and European architecture. She designed her homes to bring forth the true essence of each country, and weave it into the design.

Back in the States, after her second divorce, she settled in L.A. where she met and married, Paul Resnick, an entrepreneur. They divorced in 1991 following a four-year-marriage.

Faye Resnick was a close friend with Nicole Brown Simpson even staying with her during periods of time while Faye went on rehab. Just four months after Brown Simpson’s murder, Resnick published Nicole Brown Simpson: The Private Diary of a Life Interrupted. It was universally panned and criticized for revealing a number of unflattering details about Brown Simpson. New York Magazine called Resnick’s book “the best-selling apotheosis of trashiness.” 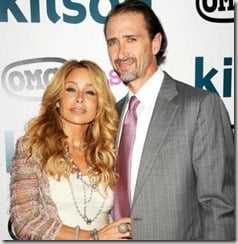 Last October, the RHOBH cast member, tied the knot a fourth time. This time, to longtime love Everett Jack Jr. The couple said I Do, on Oct. 10, 2015 at the home of another reality star — momager Kris Jenner.

focuses his practice on litigation, including complex corporate and commercial litigation, officer and director defense, employment, and insurance coverage.
Everett Jack Jr. also known as EJ, works out of the New York and Portland offices of the firm. He has served as the vice-chair of the Litigation department and spent six years on the firm’s Executive Committee. He also previously served as the chair of the firm’s Compensation Committee.

Everett Jack Jr. diverse trial practice includes a wide range of commercial litigation. During his career he has tried or arbitrated more than 50 cases through to verdict or decision.

EJ has handled or become involved as trial counsel in cases throughout Davis Wright Tremaine, frequently in cases where extensive expert testimony is involved. He has been named as one of the “Best Lawyers in America” for Commercial Litigation (2007-2011), one of 50 Oregon Super Lawyers for Business Litigation (2007-2010), and one of Portland’s Best Lawyers by Portland Monthly Magazine (2008-2010).

It looks like Faye Resnick, knows who to ask for legal advise.

You can find Everett Jack Jr. on Twitter here.