Steven Fleischmann was the second husband of actress Erin Moran; the actress famous for her role in Happy Days and Joanie Loves Chachi struggled with addiction until her sudden death on April 22, 2017. She was 56. 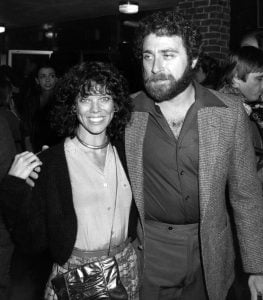 As noted Steven Fleischmann was Erin’s husband #2, prior to their nuptials, she first married Rocky Ferguson in 1987. Rocky who according to Erin struggled with her fame and wanted her to be unrecognizable. The marriage didn’t work out and eventually divorced in 1993; some reports suggested their marriage ended due to her affair with Mr. Fleischmann.

“He wanted me to lie in who I was and if anyone recognized me to say no I wasn’t,” she said. “And that’s the pressure he put on me.”

“I really don’t want to delve into his personality or why he did things,” she said. “I don’t even want to go there because it’s pointless.” Erin Moran said about her first husband Rocky Ferguson. 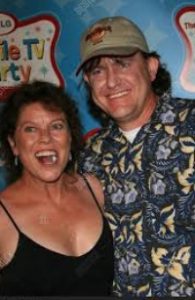 Steven Fleischmann, a Walmart employee, became her second husband on November 23, 1993. Although their marriage lasted until her death, they went thru an array of trouble regarding their finances and her addiction.

In 2010, she lost her California home to a foreclosure; therefore, Steve took his famous wife to live with his mother Donna May Woods in her trailer.

Mr. Fleischmann and Erin found themselves homeless after being kicked out of the trailer by his mother, who grew tired of her hard-partying ways.

‘Erin was going out to bars and coming home at all hours of the night; sometimes with her rowdy bar friends, and Steve’s mom just couldn’t take it anymore,’ a source told The National Enquirer.

49-year-old Steven J Fleischmann was born on June 23, 1967; out of the trailer and with no place to go to, they went on from one motel to the next. Eventually lived in a  trailer park in New Salisbury, Indiana; where the actress died of a suspected ****** overdose. Erin and Steven had no children.