Elyse Dehlbom is one of the women currently competing for a chance at love with Bachelor 23, Colton Underwood.

The gorgeous red head is definitely making a splash with audiences –not only turning heads for her good looks, but also for a certain record.

The 31-year-old Soldotna, Alaska native and makeup artist –has a criminal record. According to InTouch Weekly, Elyse has a long history with the law when it comes to traffic citations — reason why she even got her mugshot taken after an arrest.

Things have definitely gotten bad for Elyse, from running a red light, not having current vehicle registration and even testing three times the legal limit of alcohol in her blood; don’t let this girl get behind the wheel.

Aside from her history with the law, we can also tell you Elyse spent her childhood ice-skating and snowmobiling. She has one brother and one sister.

Nowadays however, she is an Arizona resident where she makes a living as a make-up artist. 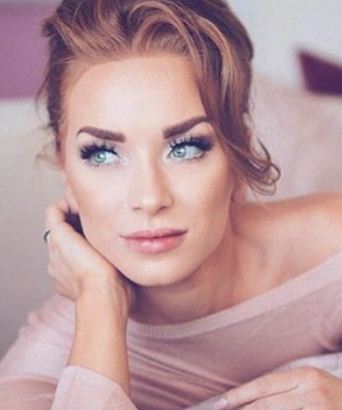 In 2016, she began working for the Pretty Girl Beauty Bar team, her work as a Makeup Artist has been described as ‘flawless.’ Elyse who keeps active in social media, often posts images of herself in makeup, and people who she has done work on. Before the show she already had an impressive following of 12k –and which has now grown to 23k. Check her out on Instagram here.

Her ABC bio isn’t very insightful, however it does says that the girl has never been out of the country (which is about to change on the show) and that she enjoys ‘hiking, reading and spending time with friends over good food and wine’ –exactly like any other regular mortal does.

It all points out that Elyse could go far in the season and has all the potential to become the future Mrs. Underwood. Thoughts?