The funny guy from Mad TV, Aries Spears is serious now about the divorce claim of his wife for 2 years, Elisa Larregui. 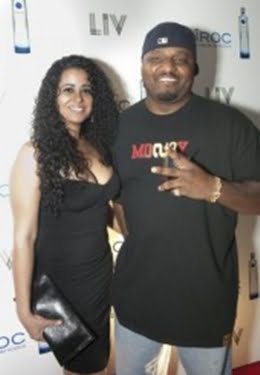 This is no joke for Elisa’s husband, Aries, whom we are not sure how is he dealing with the news, that must be shocking to him!

The two were married back in December 2010 and separated on February 5th. They have one 3-year-old son.

Who will keep the son? Maybe her, because mums usually keep the custody but we are unaware of the details of the case but we are sure we will come up with more info once we find out.
According to the divorce docs, Elisa wants full legal and physical custody of their son. Elisa only wants Aries to be allowed monitored visitation. She also wants spousal support.

Do you think that is fair for him since he will still be paying for his son’s needs and he must get at least some time one-on-one with the kid, this is essential for a son, having quality time with their daddy. Unless he represents a danger for the kid, then he shouldn’t be supervised, what do you think?

So far, we are not sure how Aries and Elisa plan to divide their assets. Who has the money? Well, we don’t have to be clever enough to know that is Aries he who owns more money in the relationship. Elisa is no heiress or socialite, so we don’t know if she is wealthy enough, but we suspect she is a normal chick.

Aries has not spoken anything about this topic but at this moment, he must have hired a good lawyer who will proceed with this case.

We wish all the best for him!