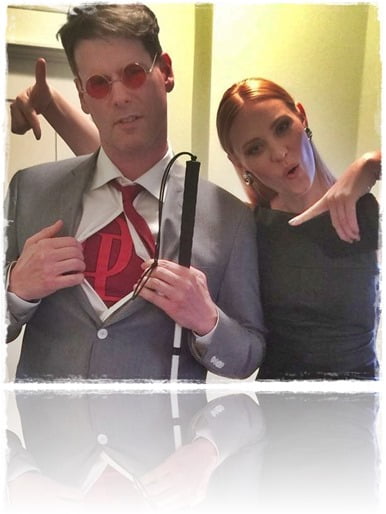 Deborah Ann Woll is known for her roles in The Mentalist and True Blood, most recently she plays Karen Page in Daredevil. In real life Deborah is the loving girlfriend of fellow actor E.J Scott who like Matt Murdock aka Daredevil is blind.

New Yorker Deborah Ann Woll graduated from  the University of Southern California’s theater school, she met her boyfriend actor E.J Scott thru Match.com, at that time E.J wasn’t blind, but  he was beginning to get the first symptoms of the disease that had already affected his brother Kevin when he was 16 and his grandfather. 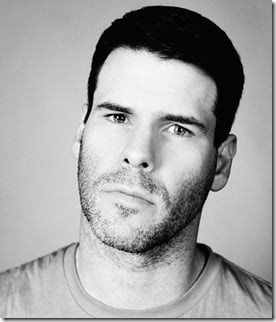 33-year-old E.J Scott studied at the  New York Conservatory for Dramatic Arts, he was 27 when he was diagnosed with  CHM (Choroideremia) in 2003 along his younger brother. CHM is a a rare, inherited disease thаt саuѕеѕ progressive loss оf vision due tо degeneration оf thе choroid аnd retina, this disease is linked to the X chromosome, so if Deborah and E.J have children and they have a girl, she would be a carrier and her children have a 50-50 chance to get it, but if they have a boy he won’t have it. This is the case of EJ’s sister Kristen who was diagnosed as a carrier, her eldest son tested positive, her youngest is  yet to be tested.

In 2003 EJ was living in Chicago,  he had 70 degrees of sight per eye, he was qualified as legally blind when his vision degenerated to less than 15 degrees, at that point he stopped driving and began to use a cane. That hasn’t stop him

E.j Scot starred in Scott Zacarin’s 2006 film Soup of the Day, he  was an extra in True Blood, EJ has competed in several marathons since 2010 to raise research money, in 2012 he ran in 12  marathons. 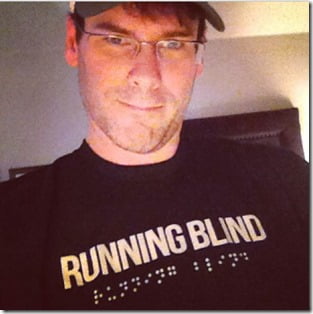 You can learn more about EJ Scott  from his documentary Running Blind, and surely follow him in Twitter here