Meet a Texas veterinarian who instead of watching over the health of his patients (animals) has been accused of animal cruelty! A heartbreaking story, to a family who found out their –man’s best friend –was actually mistreated by the very same man who vows to cure them.

Dr. Millard “Lou” Tierce of Forth Worth is being pretty much despised by the community right now, many news outlets have reported him to have kept a dog alive for dog transfusions and lying to the dog owners about it!

The 71-year-old who has been licensed since 1966, Dr. Millard “Lou” Tierce from the Camp Bowie Animal Clinic lied to his clients about their dog, he said he euthanized the dog as the owners and him planned because the dog was in bad shape and so Dr. Millard said he would bury Sid the dog, on his farm for the owners. But really the vet kept the dog alive after he told the owners the dog was euthanized, so he could use the dog for just blood transfusions.
Animals used for just blood transfusions are kept in a small crate/kennel 24/7 and not paid any attention until it’s time to have blood taken from them. It’s no life for an animal at all.

The dog, Sid is now at home after being reunited with his owner’s after a vet tech called them and told the owners that Sid was still here six months after they thought the doctor had euthanized him.

Tierce was arrested and charged with animal cruelty Wednesday night, a day after a family accused his clinic of keeping their dog for months to use for blood transfusions.

Tierce was released on a $10,000 bond following his 7 p.m. booking, after he turned himself.

Tierce’s veterinarian license has been suspended. What’s even more freaky, Most of those online reviewers showered the clinic and its owner with compliments.

“Dr. Tierce is the absolute best and most experienced vet in the area” one said.

“Only true vet left in Fort Worth,” another wrote.

“Everyone here is awesome,” wrote another.

In recent updates to the story, Sid wasn’t the only dog he withheld, according to the order of temporary suspension Tierce has admitted to holding onto five animals due for euthanasia, including his own. The order also said there were unsanitary conditions at the clinic.

The abominable accusations have caused both outrage for those who defend “Lou” Tierce and concern for those their pooches and other pets are under the care of Tierce. 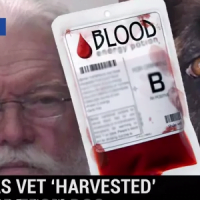 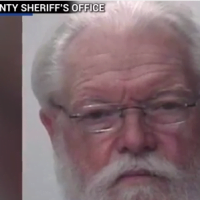 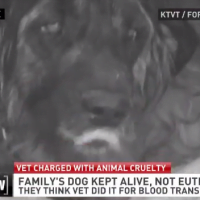 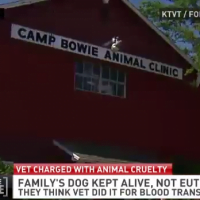