Lyssa Chapman is a reality TV star and bounty hunter -well known for her role in A&E TV’s Dog the Bounty Hunter.

Lyssa, the daughter of Duane “Dog” Chapman and his third wife, Lyssa Rae Brittain -is making headlines after being busted. The 32-year-old who ironically has made a life putting bad guys behind bars, has now landed in the slammer herself.

Lyssa was arrested in Honolulu after cops were called during a fight she and her girlfriend were having. The blonde was booked for harassment and resisting arrest.
This is not the first time she has trouble with the law, reports say she was arrested in 2011, for harassment and criminal property damage charges. Police said at that time that alcohol was a factor, and that she was violent with police.

Lyssa, is one of three children born to parents Doug and Lyssa Rae Brittain. She has two siblings, Tucker and Barbara. Sister Barbara died in 2006. Her parents married 1982, but they divorced in 1991. She is the ninth of twelve children of Dog the Bounty Hunter. 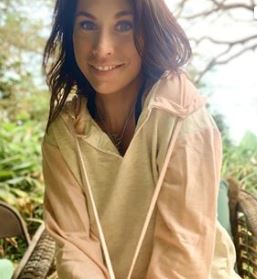 Lyssa Rae Chapman was born June 10, 1987; the Denver, Colorado native followed into the family business was a bounty hunter.
She gained notoriety after working wiht her father at his bail bonds company, Da Kine Bail Bonds. She went onto appear on A&E TV’s Dog the Bounty Hunter.
In 2013, she released an autobiography, Walking on Eggshells: Discovering Strength and Courage Amid Chaos.
In addition, she is the mother of two children from her marriage to Brahman Galanti. The former couple was married from 2009 until 2011.
Lyssa Chapman and stepmother, Beth Chapman, were close until Beth’s death from cancer last year. Lyssa Chapman was recently vocal opposing her father’s relationship with Moon Angell. Lyssa went onto accuse Angell of dating one of Duane Chapman’s sons.