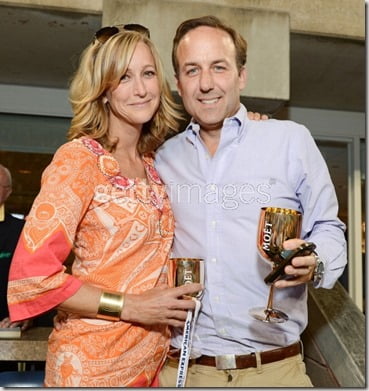 Pin Meet former CNN Journalist David Haffenreffer, he is mostly known for being married to blonde “Good Morning America” host Lara Christine Von Seelen, but she might ring your bells just as “Lara Spencer”   David and Lara tied the knot 14-years-ago in 2000 when he was TV news anchor and she, a TV reporter. At the time he was 33-years-old and worked as the anchor for ”Ahead of the Curve,” a morning television program on the CNN and CNNfn cable news networks. He graduated from St. Lawrence University where he earned a BA in Journalism. Pin David is currently a full-time real estate agent in Greenwich, Connecticut and live in the Riverside section of town. He became a Realtor after 15 years in the financial news industry appearing on CNN,Bloomberg, WABC-TV, WCBS-TV, News 12 Connecticut and others.

My mission is to assist buyers & seller with precision and discretion while utilizing the latest technology.  I am available 24/7 to my clients until we get our deal closed.  I always have time for and appreciate your client referrals.

According to his LinkedIn, last year he became a Brokerage Manager at Houlihan Lawrence. The former journalist previously worked for Prudential Connecticut Realty, and Sotheby’s International Realty. He and his family lead a high profiled lifestyle, due to the popularity of his “perfect leggy” wife. Their wedding was even was featured in Martha Stewart’s Weddings magazine and David’s wife is a specialist in lifestyle after all. Pin But it appears something is bugging David’s wife picture perfect life, according to Radar Online reports, Lara Spencer and co-host Amy Robach do not get along! The reports goes on to say

According to Amy, Lara is a total airhead, and doesn’t have a strong journalism background that merits her being a part of Good Morning America

Do you thing Robach has a valid point? Hubby David sure stands by his wife, you can follow him on twitter here.

Lara and David Haffenreffer announced their split after 15 years together on March 21, 2015..

“After a lot of thought, care and consideration, we have decided to end our marriage. It’s a sad decision that did not come easily, especially because we respect and love each other and our children. They remain our top priority. We will raise them and care for them together.”