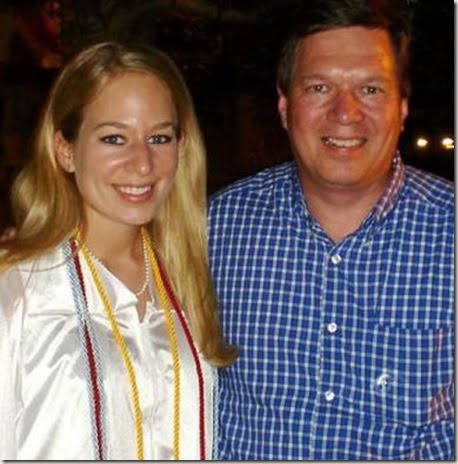 Meet Dave Holloway, the father of Natalee Holloway who made headlines a decade ago after she went missing in Aruba.

Let’s look back at her case; Natalee Holloway disappeared on May 30, 2005 while celebrating her high school graduation in Aruba with friends. Witnesses say she was seen leaving a club with van der Sloot, who was 17 at the time. Last year a man named Jurrien de Jong came forward to Dave Holloway and media saying he had seen  longtime suspect Joran van der Sloot (pictured below) with Holloway. The eyewitness said “I saw that Joran was chasing Natalee into a small building under construction. In about five minutes he came out with Natalee in his arms, and slammed the body of Natalee on the floor, and then he made an opening in a crawl space…I knew she was dead.” Now Mr. Holloway is following the lead of the eyewitness who allegedly saw his daughter’s last moments alive. According to Inside Edition Dave has returned to the island to investigate new clues in the disappearance and presumed death of his daughter. David Edward “Dave” Holloway was married to Elizabeth Ann Reynolds (“Beth”) Holloway and fathered two children: daughter Natalee and son Matthew; he divorced and the children were raised with their mother.

Dave worked as an insurance agent for State Farm Insurance in Meridian, Mississippi. It’s been 10-years and the case remains unsolved; Van der Sloot was arrested twice but never charged. His version of the facts was that he left Natalee drunk on a beach. He is currently serving a 28-year-sentence for murder in Peru. Over the years, Natalee’s family has followed many leads including Van der Sloot being caught on camera confessing to the crime. He also told FOX News he sold her into slavery.