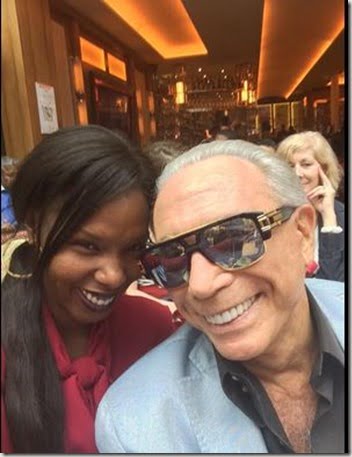 Have you been following RHONY? If so, did you watch the May 27 episode when Aviva’s dad

proposed to his never-before-seen girlfriend Dana Lavette Cody? Touching right! But it gets a little creepy when we realize she is just a 25-year-old woman. To much speculation the unconventional couple is 100% supported by daughter Aviva as we saw on the June 3 episode she throws them an engagement party.

But then you have Ramona Singer making Cody cry by bringing up her deceased parents at the engagement bash and telling Teichner no mother wants her daughter marrying a 76-year-old.

Now, George confirmer to Us Weekly no matter what people thinks he is still moving forwards with Cody. The investment banker had no choice but to defend his relationships against critics, saying

“As to the naysayers, jealous women, and just plain Stoopids, I emphasize to such now: things that are not definable, that cannot be delineated, are usually dismissed as false.”

…Not concerned with being seen by the eyes of others, but seen with our vision of clarified and purified love.”

The couple is more than five-decades apart in age, that means he was actually in his early 50’s when she was born but hey who’s counting! 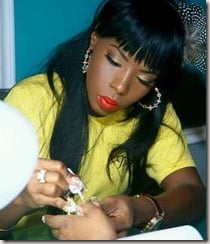 Dana is a Miami nail salon owner and when we think about the startling age gap between the fiancées we cant help to think that she is in it for the money but several reports say the licensed nail technician even makes more money than he does, making some members of the cats believe she is it for the right reasons, including daughter Aviva.

Now, other sites, seem to think the girl is just taking advantage of her 15-minutes of fame, claiming she pushes her nail services as much as she can and that she is using her wealthy soon-to-be hubby to open another nail salon… this one in LA. The stoopidhousewives.com also claims she is 29-years-old and that she is in a relationship! Cody tweeted back and forth saying it was all lies.

In the meanwhile the TippieToesNails owner seems to be fresh as a cucumber not giving in to provocations.

Any thoughts on her relationships with George T.? 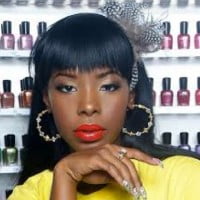 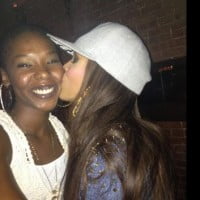