Bradley James is the hot actor who will bring havoc  down to earth when he plays Damien Thorn, a photographer who also happens to be the antichrist in A&E’s  t.v series Damien inspired in the horror film series the Omen. Bradley James is known for  Merlin, Homeland, iZombie, Fast Girls, and the villain in Anna Foerster’s 2016 action horror film Underworld: Next Generation along Kate Beckinsale, Theo James and Tobias Menzies. While Bradley’s filmography is quite interesting, aren’t more curious about his personal life, no, no, not his family, mum dad nor his pretty sisters Stephanie and Natalie James, I mean his girlfriend. Do you know who is Bradley James’ girlfriend?

James was born on October 11, 1983 in Exeter, Devon in England. He and his family then moved to Jacksonville, Florida in the United States when he was nine years old. During his time there, he attended Crown Point Elementary School and then Fletcher Middle School, before attending Madeley High School in Madeley, England and then  to the Drama Centre London with his Merlinco-star Santiago Cabrera the Venezuelan actor known for his roles as Isaac Mendez on Heroes, Sal Price on Dexter and Aramis in The Musketeers.

James is a fan of football and participates annually in sporting charity events. When he was younger, he wanted to be either a footballer or an actor, while living in the U.S he became a NFL fan, he supports the Miami Dolphins.

Bradley James first appeared in an episode of Lewis in 2008 and also played the part of Ben in the BBC Three drama Dis/Connected. His breakthrough came in 2008, when he was cast as Prince Arthur, who later becomes the legendary King Arthur, in the BBC One fantasy TV series Merlin. The show was also a consistent hit series in the US; its first series was shown on the broadcast network NBC and its second, third, fourth, and fifth series on NBC’s affiliate cable network Syfy. Merlin ended its 5-year run in 2012.James and co-star Colin Morgan went on an exploration of Arthurian legends for BBC Wales, The Real Merlin & Arthur, in 2009.

James also guest starred as Edgar in the fourth season of the Emmy Award winning political thriller television series Homeland in 2014. In 2015, James was cast as a villain in Underworld: Next Generation. The same year, he appeared in the television series iZombie as recurring character Lowell Tracey, a love interest for main character Liv. The character appears in five episodes before being killed off in episode 9. He will star as main character Damien Thorn on the upcoming Damien television series, a sequel to the Omen film series. The show is scheduled to debut in March 2016. 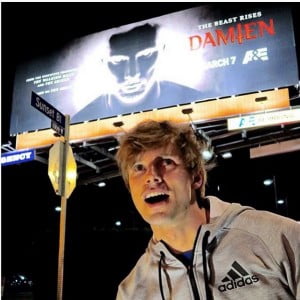 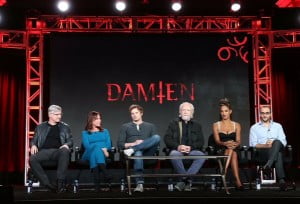 So, we want the dirt!! who is Bradley James’ girlfriend? Some people believed Bradley dated his love interest in Merlin Angel Coulby who starred as Guinevere, but both have denied this claim. 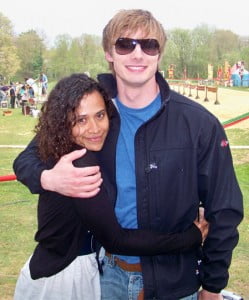 Bradley James has been seen with Georgia King, the Scottish actress born on November 18, 1986 in Edinburgh to parents Isobel Buchanan and Jonathan Hyde.

In 2008, Georgia King made her acting debut as Rosamund Oliver in Jane Eyre; she also played Goldie, a surrogate mother in the American sitcom, The New Normal.

She played her role as Harriet Bentley in 2008’s Wild Child and played Sophie in the 2009 film, Tormented and Victoria the tormented character on the 2009 film Tanner Hall. Georgia King played Princess Elena in the episode “The Changeling” of the third series of the BBC’s Merlin. In 2012 she starred in the horror film Cockneys vs Zombies. In 2015 she was in the t.v series Vicious and the film Kill Your Friends.

Georgia King and Bradley James started dating in 2012, their relationship was not well taken by his female fans who fired abusive messages to Georgia on Twitter forcing her to close her account. Georgia and Bradley met on the set of Merlin where she was a guest star in The Changeling episode.

They tried to keep their relationship a secret, but everything changed after they were spotted together in the U.S and at a tennis match in London. 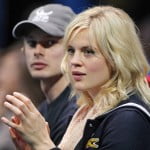 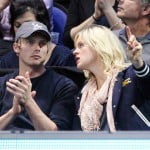 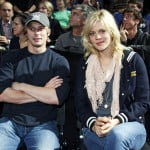 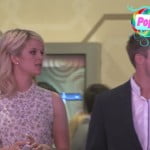