Courtney Friel, whom you may recognize as a TV personality and news reporter currently working for KTLA-TV, is married to Jim Hecht.

As wholesome as Jim’s wife may seem, earlier this year, 40-year-old Courtney released a memoir in which she details her alcohol and drug abuse. Since then, it’s been also announced that a biopic is in the works.
Her book titled, Tonight at 10: Kicking Booze and Breaking News; was noticed due to an specific incident involving Donald Trump. It was in 2010, according to Friel when she received a call from the real estate mogul who said to her ‘You should come up to my office sometime, so we can kiss.’ According to Friel, she quickly ended the call with a negative response.

Courtney joined KTLA in 2013 after working six years at Fox News Channel, where she was a New York correspondent, headline anchor and fill-in host for ‘Fox & Friends.’
Prior to joining Fox News Channel, Courtney anchored and reported for the CBS affiliate in Palm Springs and ABC station in Jackson, Tenn.
On the programming side, Courtney hosted “The World Poker Tour” on the Travel Channel and “The Saturday Night Solution” on Court TV.
She has also reported for various shows including “America’s Most Wanted,” “Extra,” “E! News,” Oxygen’s “Trackers,” and got her start in the industry as a student reporter for Channel One News. She also worked as an entertainment reporter for KTTV-TV.

The stunner who has been working at KTLA-TV since 2013, has been sober for over a decade.

Through her ups and downs, Courtney has been married a couple of times. Her second wedding actually took place earlier this year. Check out more about her personal details and the men in her life. 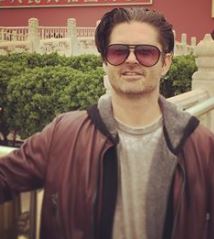 Jim Hecht is the current husband of news anchor and reporter, Courtney Friel -known for her work with KTLA and Fox News. Jim who was born James Hecht, became her second husband a couple of months ago. 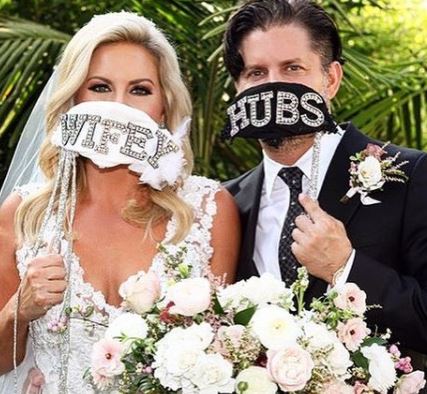 Jim Hecht is a screenwriter -who was born September 19, 1975. The native of New York is behind the films, A Wizard’s Tale, Ice Age: The Great Egg Scapade, Ice Age: The Meltdown, among others.
Jim Hecht is the nephew of Albie Hecht -the the former Nickelodeon and HLN boss and now Pocket watch’s chief creative officer.
In 2018, Paramount Players acquired Unboxing -a script by Jim Hecht which centered on a mischievous 11-year-old YouTube star who unboxes her father’s secret safe as a stunt for her channel and unleashes the treacherous Puck and his band of evil tricksters on a small town.
Jim also re-wrote for the studio one of John Hughes’ final scripts, The Gribsbys Go Broke and the movie Out of Stock, for Netflix.

According to the reports, Bryce Dallas Howard would be producing through her Nine Muses Entertainment label, while Oscar winner Octavia Spencer will also executive produce alongside Hecht and McMillan. Hecht is represented by WME, The Gotham Group and attorney Loan Dang.

From online sources, Jim Hecht’s net worth is considered to be approximately around the 16 million mark.

According to a LinkedIn, Jim Hecht is a writer at Hecht Inc. The 45-year-old keeps pretty active on social media, where he often posts about famous friends, outings, family and his beloved wife and her kids.

Prior to her relationship with current hubby Jim Hecht -Courtney was married to former husband Carter Evans. She and Evans had met at the NBC affiliate, KNSD-TV in San Diego, they were married from 2005 until 2016.

Their relationship was pretty significant since during their 11-years as husband and wife, they became parents to two children, Cash and Cameron. 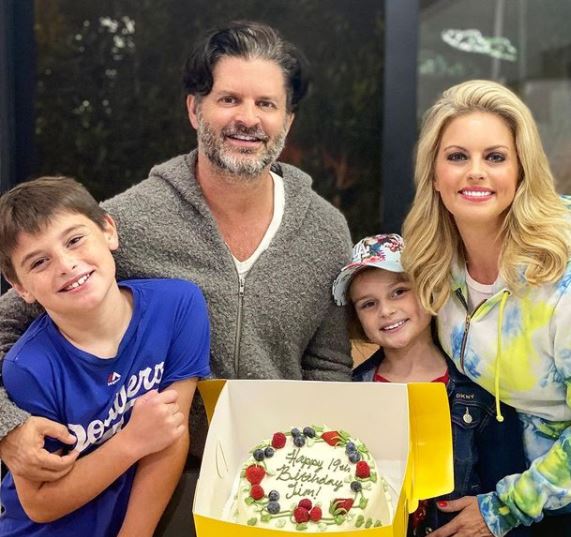 Both children often make apparitions on Courtney’s social media. It also seems like her current husband, Jim Hecht has a great bond with them. 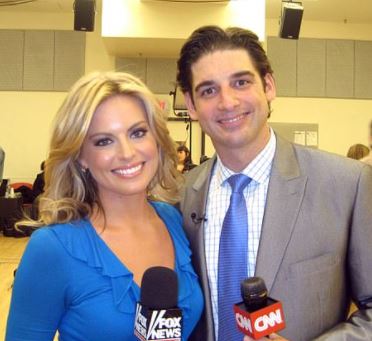 Carter Evans has over two decades experience covering major national and international stories.
He was born in Hawaii, where he took his first steps towards a career in television. After graduating high school he became involved in shooting city council meetings for Honolulu’s cable access channel.
He then attended Ithaca College where he studied journalism and philosophy. During his college breaks, he worked at KGMB-TV.

He later reported for KNSD and KFMB in San Diego and made the move to Los Angeles in 2003. In 2007 he moved to NY where he worked as a reporter at WWOR TV 9. Evans joined CNN Newsource in June 2008 where he’s lead Money Matters.’
Since arriving back in L.A. in 2012, he has worked as a correspondent for CBS2 and KCAL. He was named a Los Angeles-based correspondent for CBS News in 2013.

He gained notoriety for his coverage of the police shootout with suspected killer and former LAPD officer Christopher Dorner. He was the only reporter on the scene when authorities closed in on Dorner after an intense manhunt in Big Bear, California.

Evans also moved on with his personal life as he tied the knot again, and is currently married to fellow reporter, Lauren Lyster. The two tied the knot in 2018.

39-year-old Lauren is a California native  and Emmy Award-winning staff reporter for KTLA 5 News. She holds a a bachelor’s degree in journalism from Northwestern University and has worked for ABC News, Yahoo Finance and CBS News in the past.

Carter Evans is active on Twitter where he has over two thousand followers.