John Britton is the man who was once married to gorgeous actress/singer, Connie Briton. Thought they are not together anymore, the actress keeps using her married name as her stage name, so what happened between them?

John’s ex-wife was born Constance Elaine Womack in Boston, Massachusetts on March 6, 1967. She is perhaps best known for her portrayal of country singer, Rayna James on the ABC TV series Nashville.

Before landing on Nashville, she played Tami Taylor on the hit series Friday Night Light  –which made her something of an icon.

She majored in Asian Studies at Dartmouth College and went to Beijing for a summer abroad. The Boston native spent two years studying under Sanford Meisner at the Neighborhood Playhouse in New York. 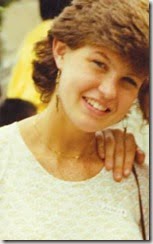 After arriving in NY in the late 80’s she spent two years working in off-Broadway productions. In 1995 she kick started her career after auditioning for The Brothers McMullen. She later moved to Los Angeles, where she began to see work on several television shows, including Spin City and 24. Her first big break came when she was cast as Tami Taylor, the coach’s wife, in NBC’s Friday Night Lights.

Since then, she has been acting in movies between TV gigs. Her works in both have earned her Golden globe and Emmy Award nominations.

In 2011 she became a mother. The actress adopted a son, named Eyob who was born in Ethiopia. 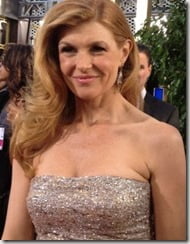 He attended Dartmouth College, where he was a frat guy. It was precisely at an Alpha Delta house that the two met.

In the late 80’s following their college graduation, John Britton and his then girlfriend, moved to New York together and were married on October 5, 1991.

The pair were married for a short period, from 1991 until 1995. At the time of their divorce they were both in their early 30’s. It it not clear why the couple split after only four years of marriage.

John Britton obtained an A.B. degree from the Dartmouth College, *** Laude, and an M.B.A. from the Columbia Business School.

He began his career working as a Portfolio Manager and Analyst at US Trust Company in New York.

Accoridng to Bloomberg, he worked for two years as a Reporter at Grant’s Interest Rate Observer. He is also a Director of The TEAK Fellowship.