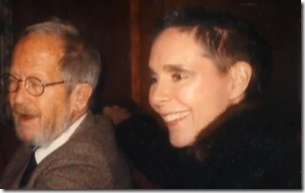 This morning we lost a great one, according to his official Website; world known  crime novelist Elmore Leonard has died. The famed Hollywood writer dies three weeks after he suffered a stroke according to the site he was surrounded by his loving family this morning.

Elmore will certainly be missed and remembered for his work, the author of 45 novels, including several used as the basis for popular films, had been hospitalized earlier this month but was released from hospitals and had been recovering at his Michigan home.

His novels include “Be Cool,” “Get Shorty,” and “Out of Sight.” He started in the 1950s, writing westerns, such as “3:10 to Yuma,” but drew massive acclaim when he focused his work upon crime stories.

Just when he was ready to settled down after the death of his previous wife Joan Leanne Lancaster, destiny had a different plan for the then 68-year-old. In 1993 the same years he became a widower he met master gardener Christine Kent. When they met a much younger Kent stimulated him to “wake up and keep going”

Christine’s husband had been married twice, first with Beverly Claire Cline with whom he fathered five children but their union ended in divorce. Later he married second wife Mrs. Lancaster but she dies of lung cancer. Christine was his third and last wife. 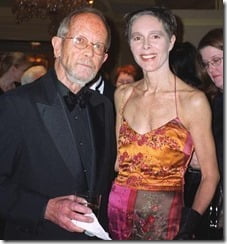 Christine was actually hired by Elmore himself to take care of his garden, he literally found his last lover in his backyard. She was Christine Kent, who was in charge of the gardening crew that took care of his flower beds. He was taken by her knowledge of movies and books, and eight months after his second wife’s passing they were married.

Kent came to his life when he was already famous making his living writing about bad guys. At their time together they enjoyed quite dinner parties with friends, reading, gardening and watching movies. There is not much information about Christine but sadly they also ended in divorce last year.

As longtime fans of Elmore we send our deepest condolences to his friends and family during this difficult time. His legacy will certainly not be forgotten.

You can see more of Kent’s late ex-husband, the best selling author here.