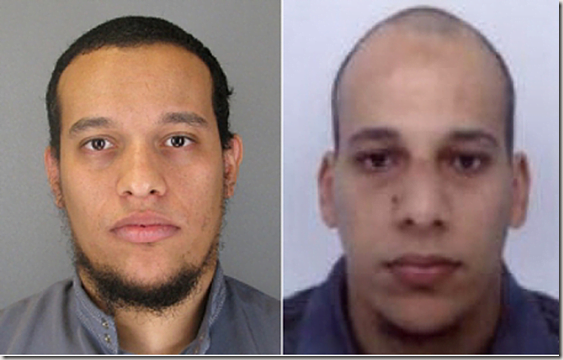 Meet French native brothers Said Kouachi, 34, and Cherif Kouachi, 32. They have both been identified by authorities in the Paris attack on Charlie Hebdo magazine; a third man believed to be their step brother Hamyd Mourad, 18 has also been linked to the attack.

According to media reports the Kouachi brothers are still being hunted by Elite French forces and the youngest surrendered to French police. Photos have been released and the search continues, here’s what we know about them. 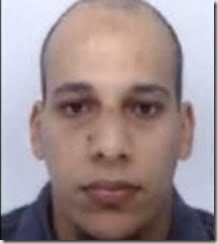 Cherif Kouachi (pictured above) has a long list of crimes. He was convicted in 2008 of terrorism charges for helping funnel fighters to Iraq’s insurgency and sentenced to 18 months in prison. 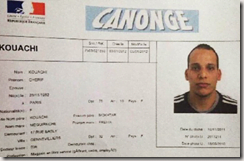 He has been suspected of involvement in terrorist groups for at least a decade. In January 2005, he and another French national were arrested in Paris as they were planning to fly to Iraq via Syria, he was known at the time as Abu Issen. 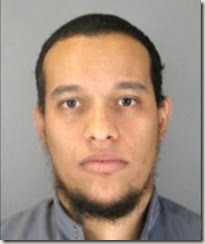 The older borther Said, left his passport in the getaway car. In 2010 both were linked to the attempted prison escape of Smain Ait Ali Belkacem but neither brother was charged due to lack of evidence. 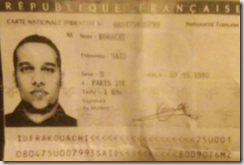 But before all **** broke loose, the brothers who are orphans descending from Algerian parents, used to work at a pizza shop according to reports from Liberation. 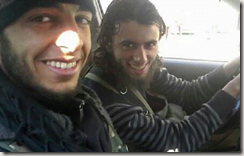 Before being radicalized and sent to Yemen to train as killers, the brothers were considered petty criminals who didn’t know what do with their lives; at one point the Daily Mail says, Cherif even tried to become a rapper!

The hunt for them, continues.