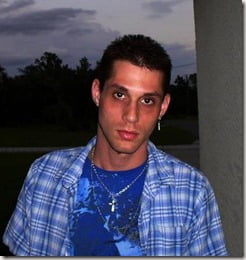 Teen Mom star, 21-year-old Jenelle Evans, was arrested on April 23 for ****** possession. The estranged father of their 3-year-old son Jace, Charles Andrew Lewis, claims she has prevented him from communicating with or seeing his son for years.

“She doesn’t want Jace to know that I’m his father,” Lewis said.

Lewis also said he went with his mother to North Carolina to talk to Jenelle’s mother Barbara, who is the child’s guardian, and asked her if he could see Jace and she said no. Jenelle won’t even send Lewis pictures of their son either, he claimed.

“Me and my mom went up there [to North Carolina] and talked to Jenelle and Barbara in person probably like three years ago,” Lewis said. “They were like, ‘We’ll take pictures and videos. We know you guys live a long ways. We’ll keep in touch.’ B*llshit. They never did anything.”

According to RadarOnline, Lewis has even tried to get visiting rights through the court system, but every time, he is let down. He says he wishes that his son Jace had a different mother.

“I wish I could [find] a better mother for Jace,” said Lewis.

Although he admitted doing ****** as well, Lewis said he’d always stepped out of his problem and unlike Jenelle, Lewis said he has changed his life around.

Charles Andrew Lewis first featured on MTV’s reality show “16 & Pregnant”. He is currently going to school in Jacksonville, Florida and hopes one day to be a director or producer in the film industry. Lewis admitted he even hopes that one day, Jace can come live with him and get away from his mother.

“I’m sitting in school busting my a**; I will have a career,” Lewis said. “I can support my son… I would love to see him every single day.”