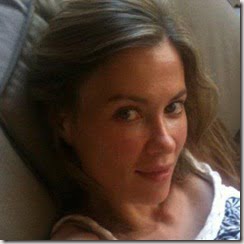 His family reported him missing the next morning when he failed to pick up one of his sons for school. Smith lived in the West Hills area Valley with his wife, Lisa, and three sons. He had been staying in his female friend’s house due to reported marital difficulties. Evan Smith, one of his sons, criticized him for “leaving his family” in a tweet.

Smith’s friends say that the former had been ongoing for several years, after Lisa Smith had become devoutly religious. In turn, Gavin, they say, consoled himself with occasional extramarital affairs.

“I know he wanted to reconcile and fix things with his wife,” a high school classmate, Gordon Van Tassell, said after his disappearance. “It was a couple (of affairs) and it was only out of the darkest frustration. Maybe just looking for relief or tenderness or something. It wasn’t like he was a *** machine.”

The case suddenly took a twist, it’s now being investigated as a homicide even though a body hasn’t been found. According to Sheriff’s Lt. Dave Dolson, Smith’s Mercedes was recovered on February 21 at a storage facility in Simi Valley.

“The storage facility has been linked to John Creech, who is currently in custody at Men’s Central Jail on an unrelated narcotics conviction,” Dolson said.

Reportedly, Smith and Creech’s wife Chandrika had been involved in an affair. They met in 2008 in a rehab therapy, according to Los Angeles Times. John and Chandrika’s house was searched. The Times reported that it had obtained documents that indicated sheriff’s deputies felt an unspecified felony related to Smith’s disappearance may have occurred there.

“Chandrika and Gavin first met in 2008 in therapy,” a source said. “They had a relationship and in 2008, when Mr. Creech found out about it, he told his wife to stop it.” However, the source says Gavin and Chandrika started their relationship up again.

39-year-old Chandrika A. Cade, aka Chandy Cade and later called Chandrika Creech, was born on November 8, 1973. She lived in Chatsworth, California, back in the 1990’s. She graduated from Chatsworth High School in 1992.

Chandrika owns a Canoga Park home that she shares with her husband, 40-year-old John Creech, who awaits a prison sentence on a drug charge.