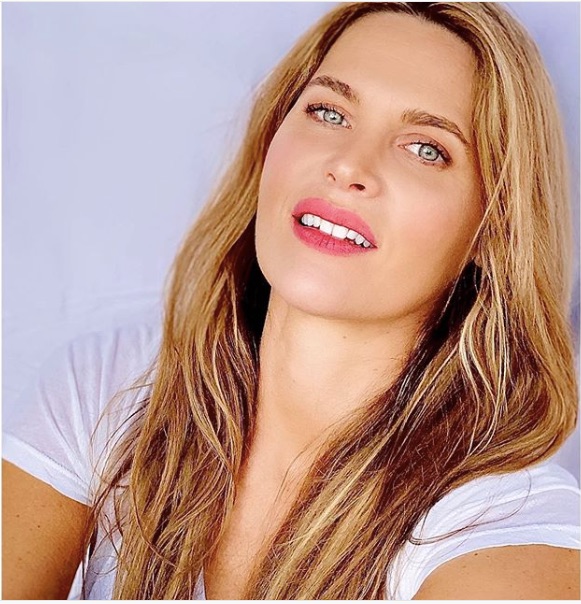 She and Piers tied the knot during a ceremony at St Mary’s Church in Swinbrook, Oxon on June 24, 2010; while he was a judge on “Britain’s Got Talent” and “America’s Got Talent” following a sumptuous wedding party.

He proposed to Walden on a romantic trip to Paris in December 2009 by presenting her with a book by her favorite novelist, American John Updike, entitled “Marry Me.” The proposal came after four years of dating. The Live magazine columnist, couldn’t stop smiling throughout the ceremony.

The following year, her hubby announced in Spring 2011 that the couple was expecting a child; Celia gave birth to a baby girl, on November 25. The newborn baby girl was named Elise.

Baby Elise is Piers’ fourth – he already has three sons from his first marriage – but is first with Celia. Her hubby was previously married to Marion Shalloe but the couple divorced in 2008 after nearly 20 years together. 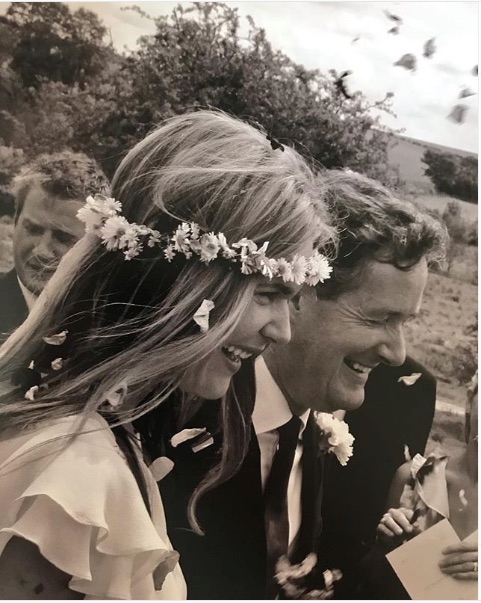 Flamboyant Morgan met his gorgeous wife, on a photoshoot for the men’s magazine GQ. Celia who was born December 30, 1975; is the daughter of former Conservative MP George Walden.

French-born Mrs. Walden is a feature writer and columnist for the Daily Telegraph. She wrote an article titled “How I joined New York’s tiger mothers” describing the hustle on career mom’s taking their daughters on play-dates.

Celia made her name as a celebrity gossip columnist gathering scoops about the rich and famous at star-studded parties for The Daily Telegraph from 2004 – she still writes for them and other high-profile publications – has become almost as well-known as some of the famed names she interviews. She published her novel Harm’s Way published in 2008.

She relocated to join Piers who moved to Los Angeles to fulfill a reported $25million contract anchoring his own CNN Show, that recent reports indicate now he has gotten the boot!

What would be her thoughts on her hubby’s recent reports?

During an interview, the blonde journalist, was asked: “Has his success in America affected the power balance in the relationship?”

You know it has a little bit. Let me think of an example… I quite often get emails from his PA instead of him asking whether I’m around on a certain date. It’s “Celia, what are your plans for this evening?” And I’m like, “Jesus, I don’t even have the luxury of a direct line to my husband anymore.” It’s ridiculous.

At least she won’t have to worry about that anymore!