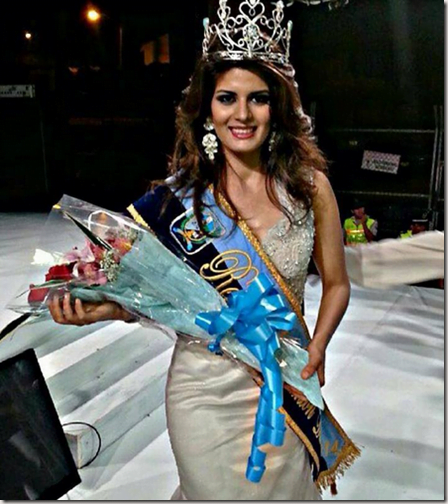 Catherine Nicole Cando was known to her hometown of Duran in Ecuador as the most beautiful woman, that only lasted for only a few months. Unfortunately the young beauty queen lost her life tragically after suffering complication during a surgery she had won. Miss Cando died on Saturday January 10th. The sovereign of just 19, entered the operating room of a private clinic in Guayaquil for a micro liposuction after winning the crown in 2014 as the most beautiful woman in her town. Her family reported a possible case of medical malpractice.

An autopsy determined she died of a cerebral edema. Her remains were kept during a wake in the convention center where the Duran cantonal authorities and her family gave the last goodbye. Ironically she was a premed student at Universidad Católica de Guayaquil and part time glamour model. The doomed procedure was one of several prizes, along with a car and a smart tablet, she received for winning the local Queen of Duran contest in October. According to family members, Miss Cando didn’t think she need it the procedure but ultimately decided to do it to get the judges of her back!