Laura Perlongo is the lovely wife of MTV’s Cat Fish host and creator Nev Schulman. Her husband joined the cast of Dancing With The Stars for the show’s 29th season, with new host Tyra Banks.

Before we get to pretty Laura Perlongo lets get the air cleared up on her new hubby.

Nev was born Yaniv Louis Schulman on September 26, 1984. The New York native came to prominence after his online love drama became the subject of the “Catfish” film. The documentary was filmed by his brother Ariel.

Catfish the TV show, follows host, Nev Schulman, as he takes viewers on a deeply personal journey that goes inside the stories of young people as their online-only romantic relationships collide with first-time, real-life encounters.

Prior to CATFISH, Schulman was a New York City photographer and filmmaker, and the youngest member of Supermarché. He began his career as a ballet dancer photographer. He actually studied dance for five years and went into performing with a company.

His photography has appeared in magazines and newspapers such as Vogue, The New York Times, Lucky, New York magazine, the New York Sun and Dance Magazine.

Aside from his TV hit show, Nev is a founding member of the Young Leadership Committee for youth organization Leave Out Violence. 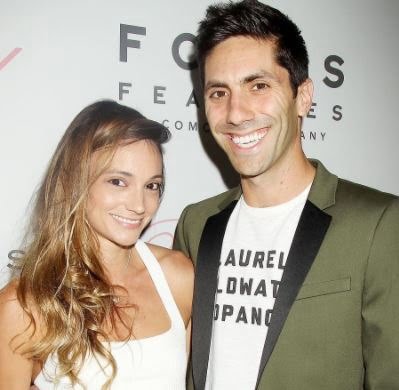 35-year-old Laura Perlongo is a freelance writer and photographer. She was born on September 6, 1985. She has one sister named Laura.

The pretty lady rose to fame as Nev’s fiancée in 2016. Since then she has also become a popular Instagram star with more than 140,000 followers.

Laura often shares images of her and Nev and one thing is for sure, the two aren’t shy when it comes to PDA.

Laura Perlongo holds a degree in commercial and advertising art and social psychology from Boston University. She graduated summa *** laude.

According to her LinkedIn, she is listed as a copywriter and freelance creative. She worked at Haute Living Magazine as a staff writer. 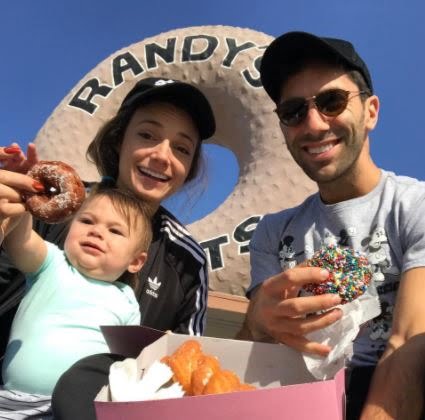 The couple had been dating for two years prior to their nuptials. Laura and Nev got engaged in May 2016 just a couple of weeks after they announced Laura’s pregnancy. The two welcomed a baby girl named Cleo James on October 21, 2016.

Moreover, Laura and Nev tied the knot in a lovely ceremony on Saturday, July 22nd. According to reports, Laura looked dashing in a gown by Israeli designer Inbal Raviv and jewelry by Edgar Mosa.

Their second child, Beau Bobby Bruce came into their lives on January 9, 2019.