Baskin who garnered media attention to the abuse of captive big cats, is refusing her portrayal in the Netflix docuseries, Tiger King: Murder, Mayhem and Madness; which paints Baskin as being involved in the death of her late husband Don Lewis.
Baskin wrote a lengthy post on BigCatRescue.org, saying the show had the sole goal of being as salacious and sensational as possible to draw viewers. She also argued the rumor that she disposed of her husband’s body using a meat grinder and called it ‘idiotic’
The series mostly centers on how Joseph Maldonado-Passage, aka Joe Exotic was eventually convited on multiple charges of animal abuse as well as a murder-for-hire plot to kill Baskin.

Baskin has been the founder and CEO of Big Cat Rescue -a Florida-based non-profit, since 1992. The blonde also runs a real estate business and manages over a hundred volunteers and interns from around the world and 20 staff and contractors.
She and her Jon “Donald” Lewis were married in 1991 until his unresolved missing case in 1997.

Don Lewis who went missing decades ago and hasn’t been heard from since, was declared legally dead in 2002. He was 60 at the time he went missing and was allegedly on his way to Costa Rica. He left a five million dollar state behind. 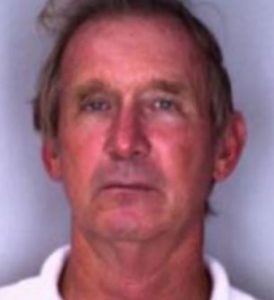 Jack Donald Lewis was born April 30, 1938; he was a self-made millionaire, he had been married to Carole Baskin, his second wife. He owned a company called Wildlife on Easy Street.

The two met while Carole was still in her teens and Lewis is said to have left his first wife and children for her. During their years together, their interest in big cats translated into what to day is Big Cat Rescue.
They transformed 40 acres of Tampa real estate into a refuge for 200 leopards, cougars, and other big cats. Both Don Lewis and Baskin ran the sanctuary.

When he went missing, it is believed that Don Lewis wanted a divorce and even filed for a protection order against Carole.
Following his disappearance, there was speculation that Carole, who was 36-years-old at the time had had something to do with her husband’s mysterious disappearance. No proof of her involvement was ever found, however, Maldonado-Passage has accused Baskin of playing a part in his disappearance.

There was a rumor that Carole always knew what happened to Don Lewis and the cats as well, suggesting that her husband who left no traces had been perhaps fed to Carole’s cats. One of Don’s daughters even told cops that they had made a huge mistake in not DNA testing the meat grinder.
Carole is currently married to Howard Baskin.