Meet 58-year-old Carol Hagen-Holt, the wife of news journalist, Lester Holt. Her hubby is known to mostly everybody in the country as a prominent anchor in the Weekend editions of NBC’s Today, Weekend Today and also NBC Nightly News; but that might change soon.

Carol’s hubby most likely will take the place of Brian Williams as the host of NBC Nightly News. Recent reports say Lester who would happily take the job, would also want the salary that comes with it! Page Six says Holt is currently under negotiations to get Brian’s old salary of $10 million a year! 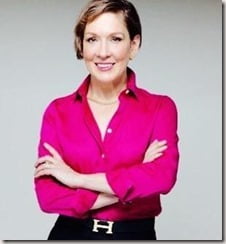 Carol and her husband have been married since 1982. She is a native of Seattle, Washington and has lived in New York City for almost two decades.

Carol is the mother of the couple’s two sons, Stefan and Cameron. Son Stefan Holt followed into his father;s footsteps and is currently the news anchor for NBC5 Chicago.

Carol is a realtor but worked previously in the cosmetic industry in sales, training and management. She also worked in the travel hospitality business.

According to her page, she has resided and worked in San Francisco, Los Angeles, Chicago and Manhattan. The Licensed Real Estate agent currently works at Halstead Property.

The self proclaimed ‘devoted mother and loving wifey’ is also a lover of modern design and architecture and is an avid jazz fan and skier.