Does the name Caitlyn Jenner rings any bells to you? No? Well pretty soon it will, is just a matter of getting the hang of it, Caitlyn Jenner happens to be the name of a woman we all came to know as a man, a very manly, athletic man by the name of Bruce Jenner!

As we all know, the 65-year-old decided to go full force with his transition of becoming a woman this year. Following months of scrutiny, the former track and field athlete and current TV personality went on the record about his struggle during an emotional interview back in April with Diane Sawyer. 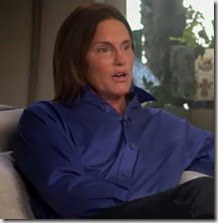 The father of six, former husband of Kris Jenner and stepfather to the Kardashian-clan said during the interview, although he’d never been more scared in his life to be ‘extraordinary honest’ with his kids, he’s happy to be able to help others in the same situation.

Following with that plan, Bruce or should we say Caitlyn did the cover for Vanity Fair titled: ‘Call me Caitlyn.’ And is blowing everybody’s minds with how good he/she looks! With the cover comes a story, in which Bruce, reveals the path that led him to become her. Caitlyn certainly made sure to call all the right people, he was interviewed by Pulitzer Prize winner, Buzz Bissinger and among the things he gushed about we have

“If I was lying on my deathbed and I had kept this secret and never ever did anything about it, I would be lying there saying, ‘You just blew your entire life,'”

“Bruce always had to tell a lie, he was always living a lie, every day he had a secret from morning until night. Caitlyn doesn’t have any secrets. As soon as the Vanity Fair cover comes out, I’m free.”