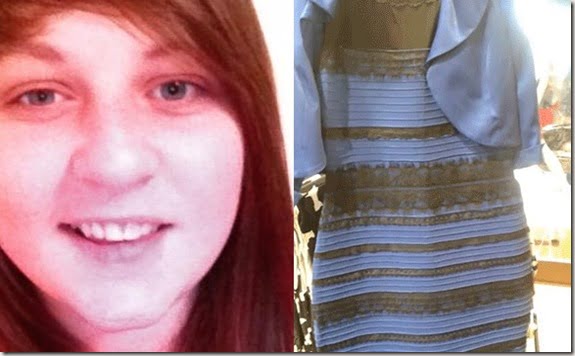 Have you succumbed to the discussion about the white and gold or black and blue dress? Sooner rather than later everybody is giving their opinion, trying to decide about the color of a dress; from Taylor Swift to the average random person, everyone is telling it as they see it! 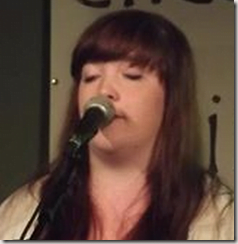 The dress made by Roman Originals picked up attention after it was first uploaded by 21-year-old Scottish girl, Caitlin McNeil. Caitlin who is an aspiring singer, noticed her friends saw different colors in the photograph. Since then #TheDress has raised an online debate, being shared millions of time. 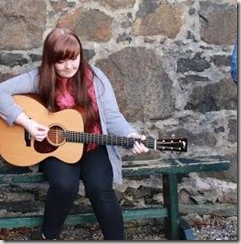 The dress that started trending worldwide has an interesting story. It turns out McNeil and her band performed at a wedding where the bride to be was meant to use the dress. The bride and her now new husband were the first people who disagree over the color.

Caitlin who is a close friend of the bride, posted the photo to Tumblr days after the wedding. 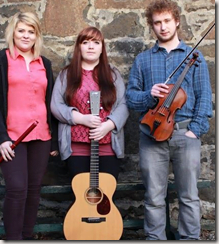 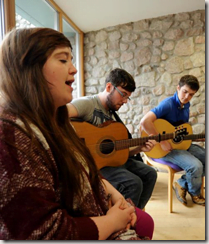 McNeil is a member of the band “Canach” along with bandmates: Alana MacInnes and Robbie Greig. She’s originally from a tiny Scottish island of Colonsay. She’s in charge of Vocals & guitar in the Scottish Folk/Traditional band.

You can find her on Twitter here. So, what color is the dress? Caitlin who was actually at the wedding, revealed in a radio interview the dress is blue and black.