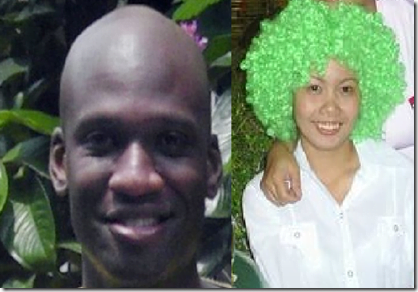 Meet Butsayamach Sangsawang, a 31-year-old woman from Thailand. It’s been reported 34-year-old Aaron Alexis who is the responsible for the death of 12 people and injured eight at the Washington Navy Yard in Washington D.C. Was romantically involved with a girl from Thailand.

The heavily armed gunman who’s been described as both “nice” and “sweet” by some and appointed to have and ager management issue by others and even mental illness host; traveled recently to Bangkok to visit his girlfriend. Aaron was allegedly devastated when the woman-his girlfriend- would not come back to the U.S and live with him!

Below is a picture of his vacation last year, and is believed to be next to the girl in question. The woman might be the person most close to him in the last few years. 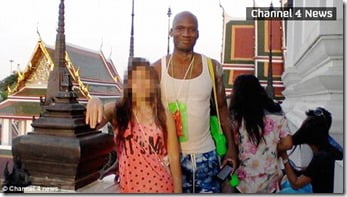 The name of the girl has not been confirmed yet, but on his Myspace profile “Unknown X” there is one woman from the Southeast Asian country, found in his top 8 circle. And her name is Butsayamach Sangsawang, pictured above. There is not much about her, when trying to find her on Facebook it seems like her profile has been deleted.

On Myspace she does have 15 people “connected to her” and 31 she is “connected to” and it says she is located in Rong Mueang, Central, Thailand. Perhaps if Butsayamach decided to speak out authorities could learn more about Aaron’s behavior since his own family did not know much about him in recent years; this young woman allegedly spent time with him and even got to meet, so she might have important details to share. There is also a badoo.com profile with her name that says she was online more than a week ago.

Butsayamach according to the dailymail rejected Aaron because he was black but his fascination with the Thai culture Buddhism and Thai people was such that he traveled twice last year, March and April of 2012.

Her former boyfriend allegedly sought help for his simptoms which included paranoia, insomnia and possible schizophrenia but apparently the Navy did not declare him mentally unfit which would have rescinded his security clearance and impacted his ability to purchase firearms.