Brendan Morais is one among the men casted in season 16 of The Bachelorette, originally starring Clare Crawley who has now been replaced by Tayshia Adams.

Morais has been named as probably one of the guys who will go far in the season.

30-year-old Brendan Morais hails from Milford, Massachusetts, he has also lived in LA; according to his ABC bio. He comes from a Portuguese family. Sadly, Brendan who goes by BMoney by his closest, lost his father at a young age.

Morais with model looks, is the dream handyman of any woman. He will fix your leak in no time as he works as a commercial roofer, an occupation that generally is tasked with repairing, replacing and installing roofs. He is employed at his family’s roofing company. 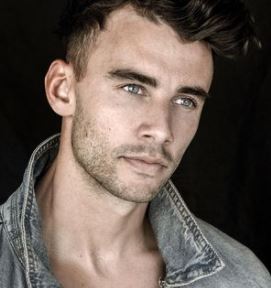 After a quick glance to his social media, you would probably think he is an actor and model rather than a roofer. On Instagram he has shared numerous photos of him posing shirtless for the camera and looking on point. In fact, he has done some modeling in the past, he posted several professional shots, showcasing his abs and chiseled jawline.
Morais is represented by NEMG and Maggie Agency. He looks pretty prolific, and has modeled for New Balance and Life is Good as well as TV ads. No surprise, one of his interests listed in his bio is working out.

He’s apparently also into acting, according to IMDb, he has three on-screen credits: two shorts (Chances and Ace of Spades) as well as adventure-comedy film Get Rich Free, all dating from 2017.

Show host Chris Harrison said about him “Very humble, quiet, soft-spoken, but he turned it on when it counts the most”

Another highlight of Morais other than his looks, is that he is very family oriented and is great with kids, in fact, he spends most of his free time with his nieces and nephews. He’s close with his family and and moved back east from LA to be closer to them.

Morais described himself as a “true romantic” who “loves to make a woman feel desired.”

Do you see it happening for him and Tayshia Adams?