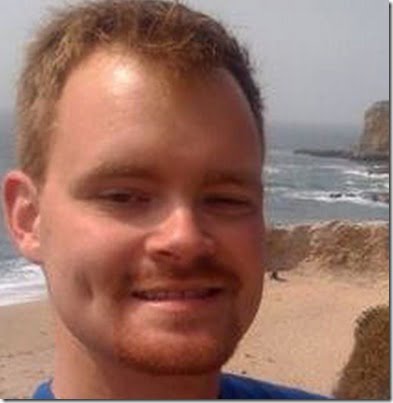 Meet Brandon Bostian, he has been identified as the Amtrax engineer in the Northeast Regional 188, that was headed from Washington, DC to New York carrying about 238 passengers and five crew members that derailed in the Port Richmond section of Philadelphia, the Associated Press reports. It is believed its speed was more than double the speed limit for the area.

According to officials the crash killed at least 7 people and injured more than 200, officials said. Dozens are in the hospital and many remain missing. 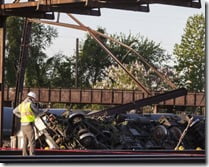 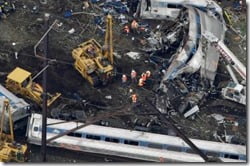 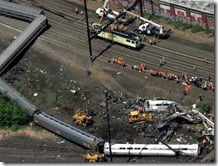 Bostian who survived the crash was taken to the hospital and received 14 staples to close a laceration on his head, and was initially interviewed by police there, saying he didn’t remember much, according to ABC 6. According to his attorney, he suffered a concussion and has no recollection of the crash and “no explanation” for what happened. 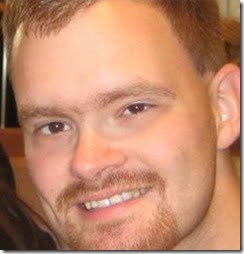 According to his social media, the 32-year-old is originally from Memphis and has also lived in San Francisco.

Bostian is gay and was quoted in a 2012 story by The Midtown Gazette about the fight for gay marriage in New York. He said he moved to New York from San Francisco and had been active in the Proposition 8 fight. GotNews, which first reported his name, called him a “gay activist.” 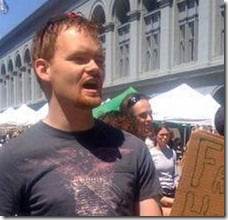 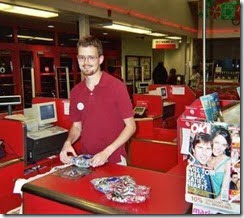 According to his LinkedIn he attended the University of Missouri-Columbia, College of Business and holds a Bachelor of Science (B.S.), Business Administration and Management, General, he graduated in 2006.

His work experience includes working as a cashier for Target, from 2006-2010 he began working for Amtrak as a conductor, in 2010 after four years, he was named Passenger Engineer of the company .