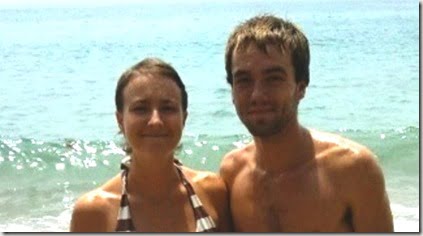 The death of Brittany Jane Royal has been solved. 22-year-old Boaz Johnson, of Petersburg, Alaska wrote a note before committing suicide where he admits the murder.

The remains of Boaz Johnson, were discovered hanging from a tree in a remote forest in Kalapana, Hawaii on January 2, according to Big Island police.

He was the only person suspected in the murder of his girlfriend, 25-year-old Brittany-Jane Royal from Tustin, California, and of dumping her body in the ocean last May.

At a press conference on Tuesday, police revealed that they found a composition book near Johnson’s body in which he confessed to murdering Royal after an argument. 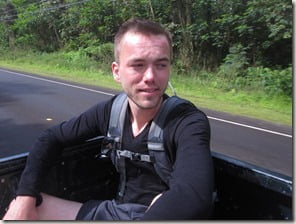 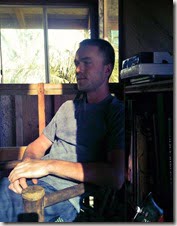 Boaz’s girlfriend, Brittany Royal’s body was found lifeless last May she was 10-weeks pregnant. Boaz had been missing from Kalapana, HI ever since and police had been searching for him ever since.

In the note Boaz Johnson, 22, wrote before he killed himself, the jilted man said he strangled 25-year-old Brittany Royal during a fight and dumped her body in the waters off Kalapana, police said Tuesday. 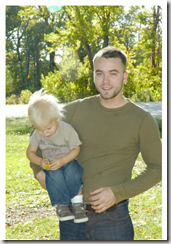 Royal, from California, moved with Johnson, from Alaska, to the Aloha State — where the two planned to buy 10 acres of land in the lava fields while Johnson was considering starting a business to offer tours of the remote area.

But after a domestic dispute went down between the lovers Boaz apparently strangled pregnant girlfriend, Brittany. After the shocking death, postings from an anonymous group tried to threw off police investigations by blaming Brittany’s death on locals; however a composition book found near Boaz’s body contained three handwritten pages,” said Hawaii Police Department Assistant Chief Henry Tavares, according to KHNL-TV which seams to close the case.

Johnson’s identity was confirmed using dental records and a private forensic laboratory confirmed the identity by comparing DNA from the body with a known sample of Johnson’s DNA. Because of the stage of decomposition of his body, authorities believe he killed himself just days after the murder but it took more then seven-months to find him due to the remote location.

Johnson’s family last saw him on May 27th According to the Facebook page created to raise awareness on their missing brother. The page was created last June.