Blake Monar is one among the men casted in season 16 of The Bachelorette, originally starring Clare Crawley who has now been replaced by Tayshia Adams.

Blake is one of those guys who will instantly make you notice him, just one look and you can see the handsome fella covered in tattoos. But the bearded guy is way more than just model looks and **** inked arms. He also has an interesting job.

Blake Monar was born on June 16, 1989 in Rockport, Indiana. He is described as a male grooming specialist and the Founder and CEO of Statum Style Cosmetics. According to the official Instagram, Statum Style is 100% All-natural, cruelty free, non-toxic grooming products for men and women focused on timeless style and simplicity.
Blake attended Indiana University Bloomington according to his official LinkedIn profile. 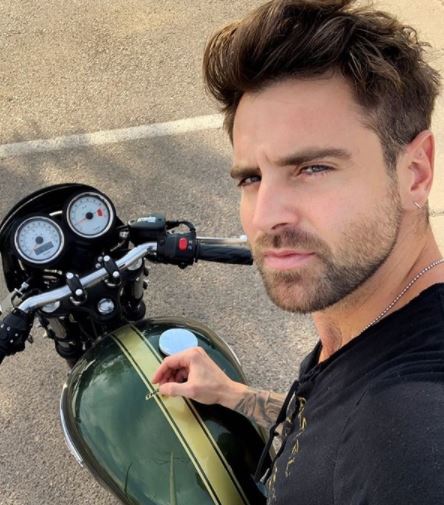 Prior to his current path, Monar actually played baseball in the minor leagues. He used to be a player for MILB, Minor League Baseball for the Auburn Doubledays.
The 31-year-old who is currently settled in Phoenix, AZ; and who has that bad doy vibe going on, has also done some modeling shoots and looks just out of a magazine while riding his bike.

According to his ABC bio, Blake signed up The Bachelorette ‘to find his future wife!’ His dream woman is incredibly secure in herself and has done the work to become the best version of them possible.

He seems to be a classic romantic and not very creative, as he says his idea of a romantic night includes ‘cooking dinner at home and watching movies in sweatpants.’ We might also add, his romantic night may include pancakes as he claims to be a pancake lover.

Blake is also your man if you need a dogsitter, even though he doesn’t have any pets of his own. A really good point about him, is that Monar loves taking his mother shopping -which means he is a patient man who may also provide feedback when shopping.
Thought on this bachelor?