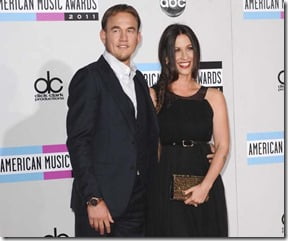 Meet Bianca Cambeiro, she is the former nanny of singer Alanis Morissette; Cambeiro filed a lawsuit against her former employer on Thursday in Los Angeles Superior Court and seeks $30,000 in unpaid wages and $100,000 in damages.
Cambeiro filed the lawsuit against the 39-year-old singer and her three-year-hubby Mario Treadway, claiming the couple employed her from August 2011 to March 2013 and she worked a 12-hour night shift looking after their newborn son, Ever Imre Morissette. According to Bianca’s lawsuit, Alanis effectively held her hostage inside their baby’s bedroom while he slept, ordering her not to leave under any circumstances not even for a break to eat! What! And it gets worst, apparently the details of the suit also say she could only rest when either one of the parents was in the room or when she was replaced by the day-shift nanny even if the baby was asleep! Why did it take her so long to quit is what we ask?

Bianca also claims she was denied more than $30,000 in unpaid overtime and other wages. On top of that her emotional distress is worth $100,000 more. According to the suit Cambeiro was the night nurse for the couple’s first son and worked three to four days a week from 9pm to 9am. She has many complains including traveling with Morrissette on tour and alleges that she worked seven days straight on seven different occasions.

The $25 an hour nanny essentially claims she was held hostage in the baby’s bedroom during her 12-hour working shifts.

We did find a MySpace profile with her name on it, that you can check out here. Also find a Facebook profile from a Forrest Hills, NY resident Bianca Cambeiro here.

On YouTube there is an aspiring model from Malibu also with her name, check out the video below.

Do you think Alanis went too far with her former baby’s caretaker?