Bennett Jordan is one among the men casted in season 16 of The Bachelorette, originally starring Clare Crawley who has now been replaced by Tayshia Adams.

From the get go, Jordan didn’t make much of an impression, his limo entrance in the first episode got everyone rolling their eyes after he arrived in a Rolls Royce; he further turned off audiences, with many viewers tweeting on social media about why the heck was he wearing a scarf in spite of the balmy Florida weather. To make it worse, he also made everyone aware of the fact that he is a Harvard alum.

Moving on, Jordan may not win the hearts of fans, but now that Clare has been replaced by Tayshia Adams, everything is possible.
Bennett grew up in Atlanta, Georgia and works as a financial planner in New York City.

According to his LinkedIn profile, he graduated from Harvard University in 2007 with a degree in political science and government. He currently works as the managing director of wealth and alternative asset management at Whitney Partners, LLC. 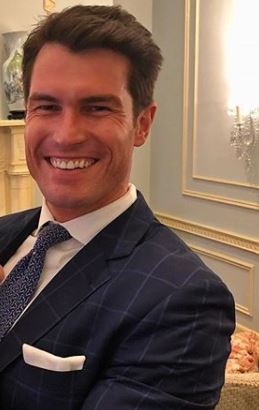 Bennett will have a lot to prove in the season as he claims to be ‘the total package’ on his ABC bio writing, “Handsome? Check. Great job? Check. Mature and ready to find his wife? Check!’

The 36-year-old who enjoys taking morning yoga classes, walking the High Line in his favorite Belgian loafers and indulging in delicious meals in the city’s best restaurants, says he is tired of women pursuing him and is excited for a change to go on the chase for the woman of his dreams.

He is also active on social media and keeps his Instagram feed update, after a quick glance Bennett seems close with his mom and he might be good with kids as well.
Do you see it happening for Bennett Jordan and Tayshia?