Ben and Amy Roof have been named as the parents of Dylann Storm Roof, the 21-year-old who opened fire inside Emanuel African Methodist Episcopal (AME) Church in Charleston, South Carolina killing 9 people.

Dylan was arrested today during a traffic stop in Shelby, North Carolina. He allegedly told his victims:

“You rape our women and you’re taking over our country, and you have to go.”

Ben and Amy’s son was previously arrested in Lexington county a couple of months ago on drug charges.

A former classmate described Dylan as ‘emo’ and an uncle told media he worried in the past about Dylan spending too much time at home. 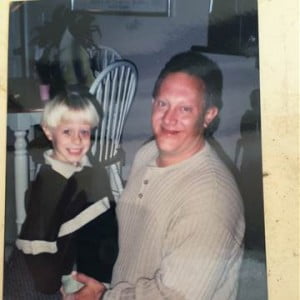 52-year-old Bennett Roof is the owner of a construction business and reports say he gave Dylann a gun for his 21st birthday –the reveal has caused outrage among social media users.

56-year-old Mom Amy (b. 28 May 1958), gave birth to Dylann in 1994. According to online records, Amy who’s real name is Amelia, worked at Lake Murray Country –a Tourist Information Center.

Dylann’s parents are not together, though is not clear why they separated. According to Dylann’s former lawyer, his parents had a custody dispute over visitation rights concerning Dylann.

Reports say Ben remarried after divorcing Amy to a woman named Paige. According to Reuters Dylann has an older sister named Amber and his father also divorced Paige.

Both Ben and Amy have not given any interviews.