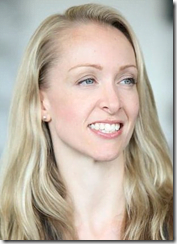 According to an inquest heard today we learn about the sad story that we would like to say it has a happy ending but it’s not one of those. Anna Sargent was born in 1976 she spent her childhood at the Kentish countryside, the daughter of David and Margaret Sargent was born and raised like any other child but early on she presented signs of mental illness.

She battled depression for many years as a teenager and later became an alcoholic. Despite her personal issues, that she learned to hide very well from friends and colleagues; Anna attended and graduated Manchester Metropolitan University and led a successful career in Public Relations. She worked as a press officer at the BBC then became PR manager for Fox Kids Europe Freelance Senior Media Officer at (freelance) Media Relations Manager at PETA Europe Group Communications Manager at Grosvenor PR Adviser at Pinsent Masons Senior PR Executive at Baker & McKenzie and ended up working with law and property firms. She became independent and lived in her flat in Manchester with her cat Abbi.

Last year while she struggle in her endless quest to find a cure for her depression and misuse of alcohol, she discovered the drug Baclofen. According to her doctors, the 36-year-old was desperate to stop using alcohol and through some online research had come across with the drug. She decided to follow the treatment with Baclofen which was still in an experimental phase. It appears she changed one addiction for the other; she became dependent for the powerful drug and was admitted at the exclusive Priory clinic  but when she tried to stop the use of Baclofen whose withdrawal symptoms include hallucinations, insomnia and confusion Anna was not able to take it anymore and took her on life last September by jumping off from a bridge.

She was last seen at Cross Hospital in Hammersmith, West London, where she was being treated for severe panic attacks and her body was found a week later on the shore of the River Thames. Although according to the coroner the medical cause of her death was drowning; but her parents strongly believe the staff of the clinic failed to properly inform their daughter of the drugs withdrawal symptoms.

Said her father. Now Anna sadly lost her life and her parents have created a site to enable donations to help support people with similar problems to Anna.

You can visit the site here.