Meet Angela Kovalesky of Brooklyn, she made headlines just last month when she sued ex-boyfriend, Ivy league lawyer, Samir Tabar. In the suit the pretty blonde claimed 42-year-old Samir, threatened her with a knife, ransacked her apartment and planted a dog-tracking GPS device in her purse to hunt her down! Wow! Can you say obsessed!

But on a unexpected turn of events, 34-year-old Kovalesky is now being sued by none else than Tabar’s new love or better said fiancée! Tabar who has moved on with exuberant, brunette party DJ Scarlett Etienne;  says the real stalker is Kovalesky.

According to online portals, Angela and Samir ended their relationship in early 2013 and court papers filed by Etienne say Kovalesky started stalking her and her boyfriend as soon as she found out they were dating, just a couple of months after she and Tabar went sour. That was last April.

Angela works as the executive director for the Catholic Alumni Partnership according to her LinkedIn.

The Catholic Alumni Partnership (CAP) is a program that will stabilize and enhance Catholic elementary schools well into the future. We are dedicated to preserving Catholic schools and the values that they instill – a trained mind, a developed self and an aspiring spirit. It is our goal to engage a group of proud alumni and friends who can support, advocate and partner with us to ensure the future of Catholic elementary school education.

She allegedly send several emails to her ex, to insult Etienne; on the emails submitted as exhibit on Etienne’s suit, Angela calls her a “****” among other not very nice or lady-like adjectives.

Now, what we thought it was very interesting and not very good for Angela’s image/career is that she actually is an advocate for Education and Women’s Rights! Take a look at her twitter profile photo.

Kovalesky attended Kent State University where she earned her Bachelor of Arts (B.A.), in American History, She also has a Master of Arts from the Institute for the Study of Americas, University of London. Before CAP she previuosly worked for NewYork-Presbyterian Hospital, Boys and Girls Clubs of the Western Reserve, WebPlay.

Samir’s new love also said Angela has cost her hundreds of thousands of dollars because she was unable to book or promote her DJ appearances.

Seems like Angela has a  little bit of explaining to do! 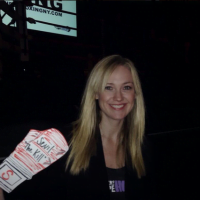 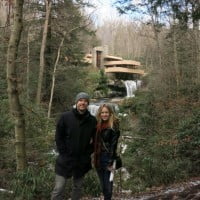 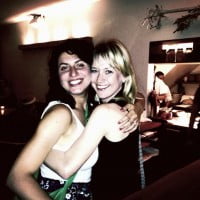 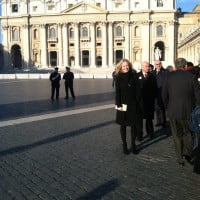 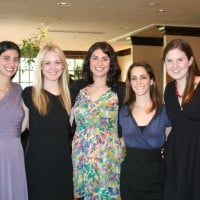 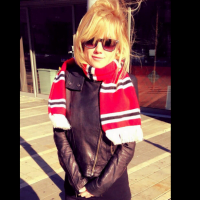 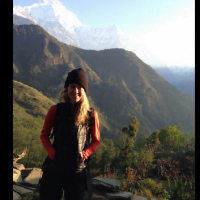