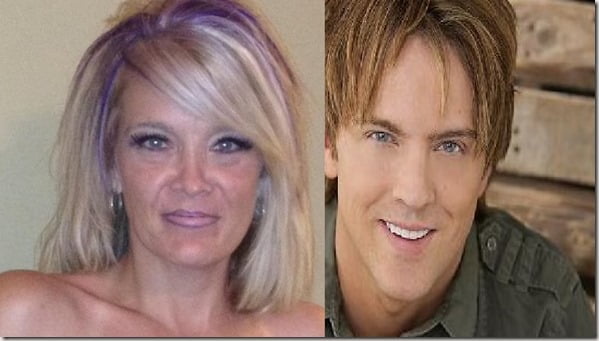 Wouldn’t you like to get a close glimpse of the life of little 7-year-old Dannielynn Hope Marshall Birkhead? –the daughter of late Anna Nicole Smith and 41-year-old Larry Birkhead; well tonight on the episode of Celebrity Wife Swap you can!

When her dad was approached to go on the show he had one little problem, he isn’t married or even dating anybody, the only girl in his life is his 7-year-old daughter so he was then given the chance to send to next best person, that would be his sister Angela. 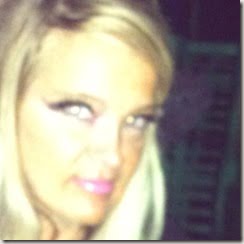 Born on June 5, Angela is the daughter of Larry L. Birkhead and Nancy Birkhead all native of Louisville, Kentucky. She also has a brother, Lewis and a half-sister, Judy Birkhead.

According to the show what we’ll see is the swap between Indianapolis 500 winner Helio Castroneves’ girlfriend, Adriana Henao, takes on the role of wife and mom. Meanwhile, Birkhead’s sister, Angela Birkhead-Heuser, goes to live with the Castroneves’ in Fort Lauderdale, Florida.

Angela is a married lady, she has been hitched to Brett Heuser since August 2009. Her hubby is an Environmentalist at LMPHW who has a Biology degree from the University of Kentucky. 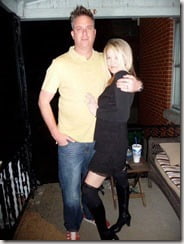 Her brother was a partner of American Playboy model Anna Nicole Smith and is the father of her daughter, Dannielynn. He was in a child custody battle for his daughter until DNA results proved his paternity. The self-proclaimed “superdad” currently lives in Burbank, California. Her brother and

and Smith initially met in May 2004 at the Trish Barnstable Brown Gala, one of the major Louisville-area Kentucky Derby parties that attracts many celebrities.

According to examiner.com Angie who lives with her brother and niece has two children, Chloe and Justin who also live in the same house. During an interview for people.com Angela had this to say about her younger brother becoming a dad

I always knew Larry would be an excellent father because he’s so good with all of our kids. My kid was the first grandchild, and he just took to Larry. My son Justin,was like Larry’s little brother. They even look alike. Larry is my son’s hero. If he sees Larry wearing a shirt, he wears the same shirt.[Larry’s] so much more comfortable now. I think he has gotten in the groove of things and he’s so comfortable feeding her and changing her diapers.

Larry always talked about wanting kids someday. Once his career took off, he always wanted to settle down and have children.

We’ll sure learn more about her tonight!