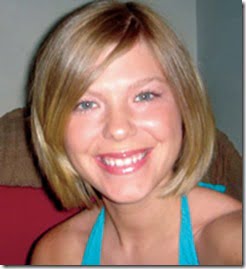 Andrea, “Andi,” Parhamovich was killed on January 17th, 2007 in Baghdad, Iraq by a group of terrorists on her return from a political party training session. She was born Andrea Suzanne Parhamovich, in the small town of Perry, OH on June, 16th, 1978 to Andre and Vicki Parhamovich.

She attended from Marietta College in Ohio, being a decided young woman she moved to Boston, MA. She began her career in political communications with the Massachusetts Governor’s office and Department of Economic Development. After leaving Boston in 2003, Andi moved to New York City and worked in the corporate communications office at Miramax Films and later at Air America Radio. Yet Andi’s fierce spirit and determination to make a difference in this world were made most apparent when she moved to Baghdad in August of 2006. Andi did not support the Iraq war; but believed strongly in promoting democracy and being a part of history in a positive way. She accepted a job with the International Republican Institute in Iraq before joining the National Democratic Institute in late 2006.

Is precisely in Iraq where our story has a beginning a middle and sadly, a tragic ending. Andi has been described as “an idealist” by those who knew her and were close to her; it seems like every decision she made was from the heart and her genuinely soul believed the best in others. That is exactly why she went to Iraq, she did not believe in war but wanted to be there to make a positive difference.

She was killed in a terrible act of terrorism who left everyone in shock and simply disbelief that someone would want to killed this young, intelligent and bright woman. One of those people was her fiancée Michael Hastings who at the time was a reporter with Newsweek and was working in Iraq.

Parhamovich met Hastings when he came to interview Jerry Springer, who was on an Air America show in New York. Destiny brought them together in one of the most dangerous places to be but still they fell in love and were even planning to get married when on Wednesday January 17th, 2007 Andi was murdered by Sunni Muslim insurgents. 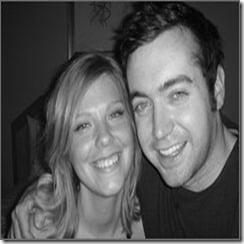 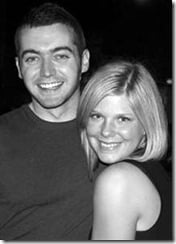 As part of her job in the National Democratic Institute she had gone to meet a group of Sunni politicians from the Iraqi Islamic Party she was instructed to conducted a training seminar for the Sunni politicians who were located in Yarmouk, a west Baghdad neighborhood where shootings and executions are common.

and after she did she left in a convoy with her armed guards but just moments later the convoy was ambushed resulting in the death of 28-year-old Andi and three bodyguards. They tried to protect Andi but were outgunned never imagining they would be targets of such cruelty.

After her death Hastings famous for his Iraq war coverage could not but channel his lost into writing and published a book titled: I Lost My Love in Baghdad: A Modern War Story; where he talks about the death of his beloved Andrea Parhamovich. 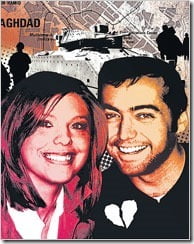 Andi was killed in cold blood for teaching democracy and for defending what she believed in she was there simply to do her job in the best possible way which was to help Iraqis connect with their newly-elected government. But her murderers who confessed on the next day did not see it that way

“With God’s assistance, we have succeeded in the destruction of two SUV vehicles belonging to the Zionist Mossad, killing all who were in them, attacking them by light and medium weapons,”

They got it so wrong on killing Hastings fiancée as he put it in simple words: “they killed a wonderful, unarmed girl.” There is no doubt they had a strong beautiful connection.

Just six years later after her death Michael Hastings follows the tragedy losing his life in a terrible car crash. He was 33-years-old.

May they both rest in peace.

You can visit the Andi Foundation here and learn more about her vision and driven spirit.