Amanda Hellman has been arrested in connection to the kidnapping of teen sisters, Ky-lea and Shaeleen Fitch-Fortner.

Both girls have been found alive a year after they vanished in upstate NY. Police reported they found 15-year-old Ky-Lea Fortner and 13-year-old Shaeleen Fitch-Fortner earlier this week in Vestal, near Binghamton –at the home of Amanda Hellman.

The girls were reported missing in April 2015, at the time they were under the care of a foster family in Binghamton.

Amanda Hellman is being held Friday without bail at the Boome County Jail. The 29-year-old is said to be a family acquaintance of the sisters.

Court documents say, Amanda Hellman did a number of things to keep the girls from being reunited with their foster family. She intentionally, knowingly and unlawfully committed the crime.

Amanda Hellman allegedly took the girls from the area of the Susquehanna Valley Middle/High School in Conklin back in 2015.

The teens were last seen at their Susquehanna Valley school waiting to get on the school bus at the end of the day, according to troopers.

The oldest, Ky-Lea Fortner, is described as a white female who is about 5’6” tall and thin build. She has medium-red hair, blue eyes and a lip piercing. Ky-Lea was last seen wearing a white shirt, army pants and grey boots.

Shaeleen Fortner, who at the time was 13, was described as a white female who is about 5’2” tall with a thin build. She has short dark brown hair and brown eyes. State police said Shaeleen was last seen wearing a black tank top, black leggings and Converse sneakers. 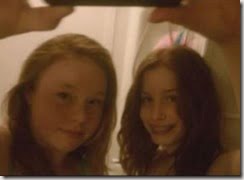 Amanda Hellman a resident of Vestal, was arraigned in Town of Vestal court. She is charged with kidnapping in the second degree. 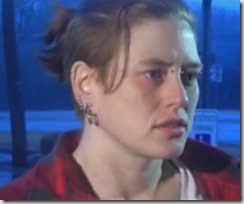 Police is said to have received a phone tip and that’s how they eventually found now, 16-year-old Ky-Lea Fortner and 14-year-old Shaeleen Fitch-Fortner. The girls are said to be in good health.

Broome County District Attorney Steve Cornwell told the Binghamton Press & Sun-Bulletin, the girls are healthy but declined to discuss any possible motives or the source who exposed Hellman. Following the rescue, Child Protective Services will assume care for the sisters.

According to her Facebook, Amanda Hellman, works at ECO International as a supervisor. She is also the mother of at least one small child.