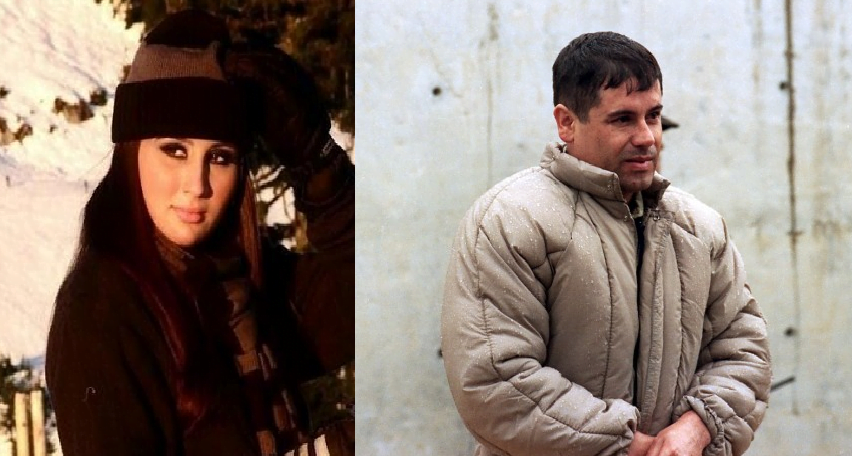 There is no official picture on Alejandrina but a Facebook profile has been found with the picture below. 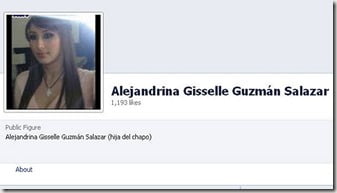 Back in 2012, while pregnant, she pleaded guilty to an immigration charge. Alejandrina pleaded guilty in San Diego to fraud and misuse of visas. Guzman Salazar told border inspectors she intended to go to Los Angeles to give birth to her child, according to a criminal complaint.

In an agreement with prosecutors, she acknowledged attempting to enter the U.S. on someone else’s visa and agreed to leave the country if ordered by immigration authorities. Prosecutors agreed to drop charges of making false statements and identity theft.

The daughter of Joaquin “El Chapo” Guzman, head of Mexico’s Sinaloa cartel is a doctor according to online reports, and she is married to Dr. Juan Carlos Magana Jimenez. She also goes by the name “Griselda.”

Her mother is El Chapo’s first wife, Maria Alejandrina Hernandez Salazar. Who has also been in trouble with the law; she was identified as Joaquin Guzman’s wife when The U.S. Treasury Department imposed financial sanctions on her in 2012. Her parents wedded in 1977 and Alejandrina had at least three more siblings, César, Iván Archivaldo and Jesús Alfredo.

The couple divorced and her father has been married at least two more times fathering at least 6 more children. The majority of his children have followed him into the drug business.

Alejandrina’s father was busted over the weekend after a search that has long captivated the country and frustrated investigators on both sides of the U.S.-Mexico border. At a no-frills beachside condo tower was the location where officials arrested her 56-59-year-old father.

Drug kingpin Guzman was born in La Tuna, a village in the Sierra Madre mountains in western Sinaloa state, and was tutored in the drug business by Miguel Angel Felix Gallardo, who pioneered cocaine smuggling routes into the United States.
In 1993, police arrested Alejandrina’s already dangerous father in Guatemala and extradited him to Mexico, where he was locked up in a top security jail. But in 2001, Guzman famously broke out of jail, smuggled out in a laundry cart after he bribed his guards. He went on to rebuild the Sinaloa cartel into one of the biggest trafficking empires in history.