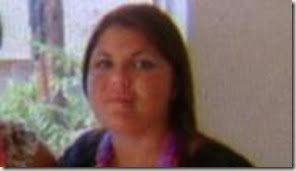 An incident that could have ended with Adeline Arroyo’s life, took place over the weekend! Adeline who is mentally ill was shot by local police after they tried for over two hours to get her to surrender!

A SWAT team and crisis negotiators were also dispatched to the location in to 3rd Street and Long Beach Boulevard around 9:47 a.m. following reports of a woman armed with a gun; but what they did not know is that Arroyo who is 31, was armed but with a BB gun!

According to her family, Arroyo was shot twice. She was rushed to a hospital and was last listed in critical but stable condition.

Her family crticices the actions taken by police saying

“I’m feeling distraught about the whole thing. This is something that shouldn’t have happened,” “I feel the Long Beach Police Department should be more trained when they’re dealing with somebody with a mental illness.”

Authorities say they tried to communicate with 31-year-old Adeline Arroyo for nearly two hours in an attempt to get her to put the weapon down. Police say she then pointed it at them. Fearing for their safety, that is when officers say they fired. Reports say Adeline who was still in her pajamas refused to drop what appear to be an exact replica of a gun. The intense standoff was captured on video as the dramatic encounter shows Arroyo walking toward officers while holding the pistol, then officers opened fire and hit Arroyo several times as she collapsed to the ground.

Other reports say Arroyo is 32-years-old. She is currently living under the care of her aunt and family members said she slipped while the aunt was in the bathroom. The aunt also revealed Adeline hasn’t been well and was forced to leave her husband and daughter which cause her a major nervous breakdown. Arroyo has been struggling with with mental illness, including hearing voices.

Police said they had no choice but to open fire, Arroyo is expected to survive. Do you think this was well handled?