Many people wonder if Aaron Hernandez might be taking the fall for his fiancée’s family after finding out that Lloyd was dating one of Shayanna’s sisters.

So far, this is what we know of Aaron Hernandez’s Girlfriend/ soon to be wife and baby mama Shayanna. 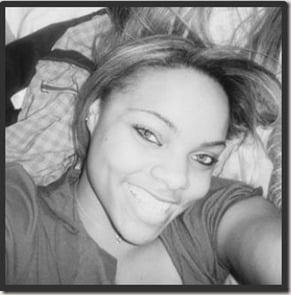 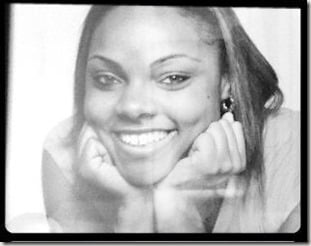 Shayanna and her NFL beau moved to their home in North Attleborough, Massachusetts in 2010. The couple welcomed their gorgeous daughter Avielle Janelle Hernandez, on Tuesday, November 6, 2012.  At that time Hernandez described the birth of Avielle as a great experience and how it has changed him putting an end to the era of Reckless Aaron. 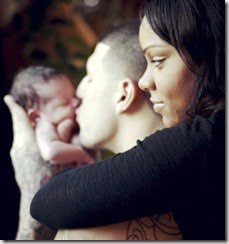 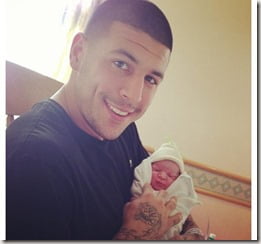 It’s definitely a great experience,” he said about becoming a father for the first time. “And a beautiful little girl, and I’m excited. Especially every time I come to the stadium, I can’t wait to go see her,” he said. “

She’s a cutie, and I can’t wait to go back and basically look at myself.”

“One thing I know, it definitely changed my life. I’m going to look at things differently,” Hernandez said. “And I may be young and wild, but I’m not. I’m engaged now, and I have a baby. It’s just going to make me think of life differently, and doing things the right way, because I know another one’s looking up to me. I can’t just be young and reckless Aaron anymore. I’m going to try to do the right things, become a good father, and be raised like I was raised.”

Shayanna Jenkins and Aaron Hernandez became engaged shortly after the birth of their daughter, however, no wedding date thus far.

On the night Lloyd was killed, media reported Hernandez was not at his home with his family, but the questions about what and how much Shayanna knows about what exactly happened that night or what was the motive for the murder still raises concerns.

However, reports suggested Shayanna helped the DA with the investigation; she was very cooperative at first; but much less cooperative after Aaron’s intervention. After his arrest, Shayanna was present in court; she hid her sorrow when he nodded in her direction and blew her a kiss right before he was taken away. 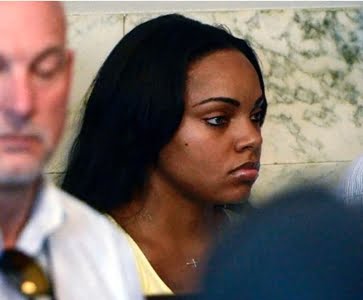 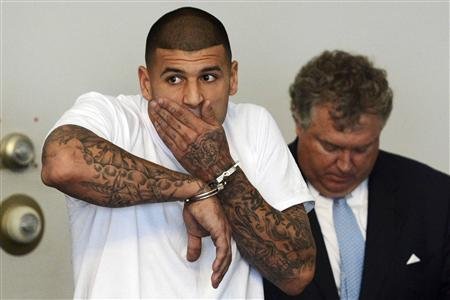 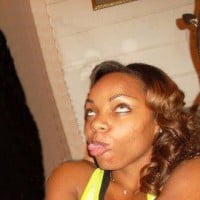 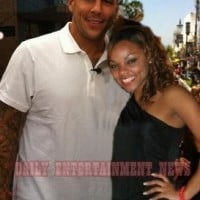 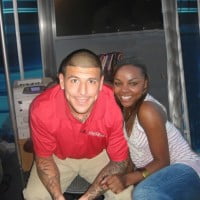 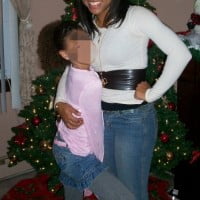 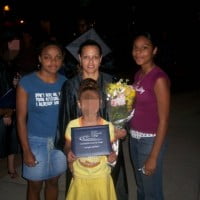 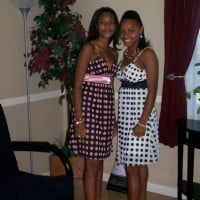 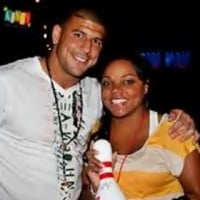 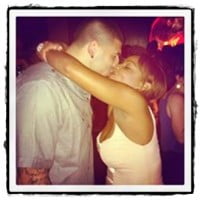